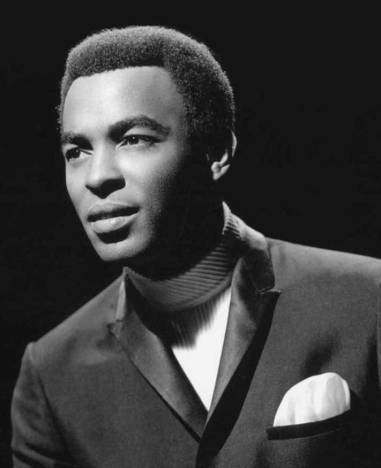 Sometimes I think Chuck Jackson’s “Any Day Now” must be the greatest pop record ever made. What could better the elegant turns of Burt Bacharach’s melody, the striking imagery of Bob Hilliard’s lyric (those “blue shadows” falling all over town), the piping organ, muffled tympani and grieving femme chorale of Bert Keyes’ imaginative arrangement, and the deep emotion of Jackson’s restrained baritone, the instrument that made him the epitome of the male mid-’60s uptown soul singer?

The excuse for mentioning it, if one were needed, is the vinyl release of Chuck Jackson: The Best of the Wand Years, an Ady Croasdell compilation for Ace Records, in which “Any Day Now” is just one of 14 treats. “I Keep Forgetting”, with Teacho Wiltshire arranging the staccato boo-bams and tuba on behalf of Jerry Leiber and Mike Stoller, leads the way, and other well known tracks include the beautifully poised “Since I Don’t Have You”, the operatic “Tell Him I’m Not Home” (with Doris Troy singing the title line), and “I Don’t Want to Cry”, Jackson’s first Wand single from 1961, with its sprightly Carole King string arrangement.

My other favourites are a magnificent King/Gerry Goffin song, “I Need You”, which I wrote about here, Van McCoy’s stately “I Can’t Stand to See You Cry”, and the unutterably groovy “Two Stupid Feet”, a song whose writers, Cara Browne and Luther Dixon, manage to feed Jackson the phrase “comfy and cozy” without disturbing his credibility. But really there isn’t a track here that isn’t outstanding, nothing that doesn’t make the world a better place.