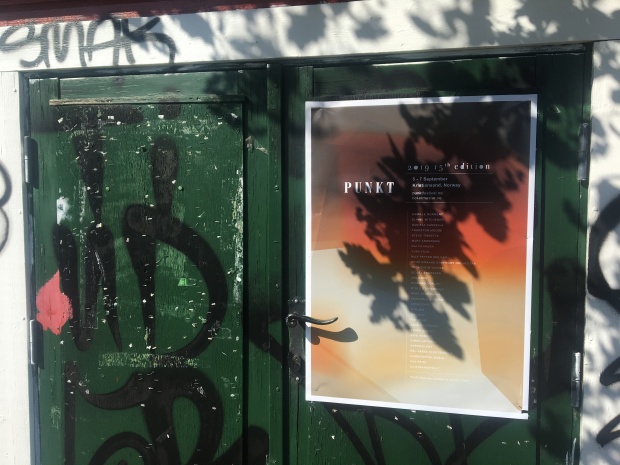 Kristiansand’s Punkt festival was the brainchild of Jan Bang and Erik Honoré, who had the idea of setting up an annual event featuring instant remixes of every performance. The first edition was held in 2005, and last weekend they celebrated their 15th anniversary with three days of music in the festival’s home, a port on the southern coast of Norway, where the faculty of the university includes Bang as professor of electronic music, with Honoré in a less formal role.

This year Punkt’s group of designated remixers also included the trumpeters Arve Henriksen and Nils Petter Molvær, the guitarist Eivind Aarset, the keyboardist Ståle Storløkken, the producer Helge Sten and the duo of the drummer Pål Hausken and the keyboardist Kåre Christoffer Vestrheim, who called themselves Elektroshop. At each concert one or two of them could be seen onstage seated at their laptops behind or alongside the performers, who included Trondheim Voices in the Domkirken, the city’s cathedral; Thurston Moore’s four-piece band in a club called Kick Scene; and Kim Myhr’s septet and Rymden, the new trio featuring Bugge Wesseltoft, Dan Berglund and Magnus Öström, in the Kilden concert hall on the waterfront.

Immediately after each set the designated remixers would play a set of their own, based on the material they had just recorded. Sometimes they added live instruments: Henriksen’s trumpet and voice, Molvær’s trumpet, Aarset’s guitar, Hausken’s tom-toms and, on one occasion, the voice of Sidsel Endresen. If it wasn’t often easy to detect the salient characteristics of the original material in the remixes, that didn’t seem to matter much.

My favourite example came when Henriksen, Sten and Storløkken — who comprise the long established trio Supersilent — took the thunderous, heavily strummed, highly structured, ecstatic instrumental music created by Moore’s group — with the leader and James Sedwards on electric 12-strings, Deb Googe on six-string bass guitar and Jeb Doulton on drums — and reshaped it into blocks of even more thunderous but harshly fractured noise. During both sets, it was fun to stand behind the conventional mixing desk and watch the decibel meters climbing: peaking above 120dB and inching past an average of 100+. Those who chose to wear earplugs, I felt, lost out on something worthwhile. 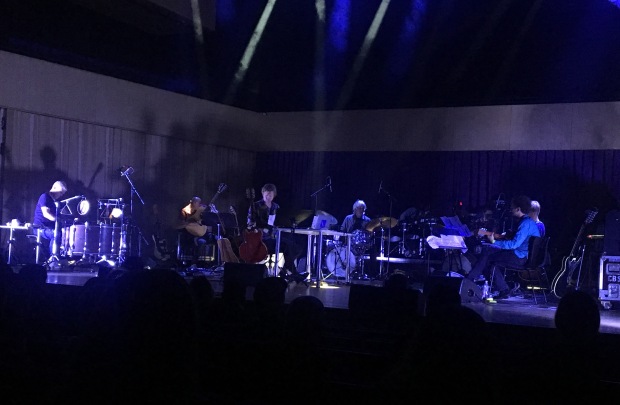 Twenty four hours later, Kim Myhr’s band (above) offered a very different kind of strummed ecstasy while reinterpreting the two long compositions from his 2018 album YOU | ME. Whereas Moore built his chordal symphony on a highly disciplined rock-based, backbeat-driven vision, its transitions strictly defined, Myhr summoned the looser weave of folk music. Just as propulsive but lighter in tone and more subtly textured, the music had a life generated less by the structure of the composition than by the sensation of the individual instruments — the electric and acoustic six- and 12-string guitars of Myhr, David Stackenäs, Daniel Meyer Grønvold and Adrian Myhr, and the drums and percussion of Tony Buck, Ingar Zach and Michaela Antalová — rubbing up against each other. As far as I was concerned the stretchy 9/4 chordal riff of the second half could have gone on all night, its jangling strings and tinkling bells creating a narcotic momentum and going far beyond the recorded version.

For me, the other big highlights of the weekend were provided by Dark Star Safari, a Nordic-noir prog-rock quartet,  in the Sorlandet art museum and by Trondheim Voices in the cathedral. The concert debut of the former, consisting of Bang (transformed into a lead singer), Aarset, Honoré and the brilliant Swiss drummer Samuel Rohrer, was striking enough to send me back to re-investigate their album, released earlier this year.

New ideas on the capacity of the human voice were provided by the nine women of Trondheim Voices, singing “Folklore”, an hour-long composition by Sten and Storløkken (who had prefaced the performance with an extended solo on the pipe organ). Microtonal clusters slid and swerved to thrilling effect and Natali Abrahamson Garner, the latest recruit to this extraordinary group, emerged from the ensemble with a solo passage making staggering use of glottal manipulation. For 40 minutes or so they achieved a transcendent beauty until one of the nine, feeling ill, had to remove herself, requiring the others to react quickly. There were no audible glitches, and they were back at full strength for the closing sequence, but the on-the-fly adustments inevitably disrupted the narrative tension. The release of “Folklore” on the Hubro label later this year will offer a better chance to assess what is obviously a remarkable piece.

Not everything in the weekend worked perfectly. Dai Fujikura’s Symphony for Shamisen and Orchestra, performed by Hidejiro Honjoh and the Kristiansand SO, suffered from an inherent dynamic imbalance between solo instrument and orchestra, I wasn’t moved by the duo of the guitarist Steve Tibbetts and the percussionist Mark Anderson, Rymden had little new to offer, and a set by the Ensemble Modern demonstrated that while classical musicians are better at improvising than they used to be, the demands of free improvisation are better left to specialists. But Punkt is an opportunity to examine various directions in which music is heading and to enjoy the results in sympathetic surroundings. Its ambitions — summed up in Bang’s motto: “If you have some information that is useful, spread it” — have led to projects in more than two dozen other cities around the world, including Shanghai and Montreal, and there will be a three-day Birmingham Punkt Festival, featuring Norwegian and British musicians, next March.

Bang and Honoré, who are both in their early fifties, have worked together since they were teenagers, nurtured by a music-education system that prioritises open-mindedness and in turn passing on the results of their own experiences to an emerging new generation. They can also be very funny. As Bang spoke of their collaboration, he mentioned that in all the years of programming Punkt they have never had an argument. “I’ve been arguing all the time,” Honoré responded. “You just didn’t notice.”