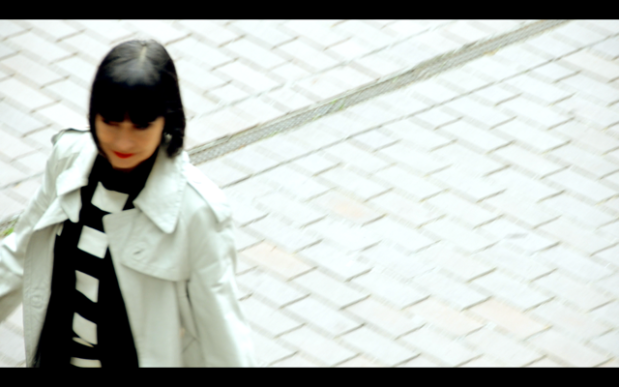 One of the nicer things that happened to me in 2017 was an encounter with Corinne Drewery and Andy Connell, otherwise known as Swing Out Sister. The circumstances — the funeral in Grimsby of Corinne’s dad, the lead singer and bass guitarist with the R&B band in which I played during the mid-’60s — could have been happier. But it was fun to tell her about the band, about the nights we supported Screamin’ Jay Hawkins and Tom Jones, and about how Rae, her dad, was always on at me — quite correctly — to stick to a simple backbeat rather than trying to lay Elvin Jones licks all over the 12-bar blues of Jimmy Reed and Howlin’ Wolf.

It was some time after Swing Out Sister registered their first big hit, “Breakout”, in 1986 that I realised I had a tenuous connection to the girl with the Louise Brooks bob and the great pop-soul voice, whom I had seen as a very small child more than 20 years earlier. It took another 30 years for us to meet again, and to have a conversation which revealed the depth of the love and knowledge of music that she and Andy share.

When I saw that their 10th studio album, Almost Persuaded, was being self-released via PledgeMusic before Christmas, I signed up. The product of three years of thought and work, the CD arrived a couple of weeks ago and I’ve been playing it almost non-stop ever since, enjoying the way the duo create and sustain an escape into a neo-Bacharachian world of romantic elegance. The settings for their poised melodies and lyrics feature cool grooves, beautiful keyboard textures, deft horn flourishes and the mentholated sounds of vibes and (synthetic) strings. The music makes you feel that you’re sitting in a penthouse lounge, looking down on the lights of the city, with the first drink of the evening in your hand.

There’s no irony in play here, which is one of the reasons I like it so much. It’s a kind of uptown pop music that flourished in the era of Dee Dee Warwick’s “When Love Slips Away”, Lou Johnson’s “The Last One to Be Loved” and the Forum’s “The River Is Wide”, but with updated components and a modern sheen. In other words it’s civilised escapism, pure and simple, designed to carry you into a different world.

The arrangements soar and swirl and sigh, restrained by fine judgement from excesses of lushness or sentimentality. There are hints — and they are only ever hints — of Francis Lai and Michel Legrand, of blaxploitation soundtracks and early Eurodisco. The best song, the gorgeous “All in a Heartbeat”, comes in two versions, and the second of them sounds like a classic to me, switching from restrained verse to ecstatic chorus with a heart-lifting rush that reminds me of Corinne’s deep affection for Northern Soul.

From start to finish, Almost Persuaded is beautifully conceived and artfully crafted, and is warmly recommended to anyone who fancies slipping into a seat in that penthouse bar, high above the city lights.

* The photograph of Corinne Drewery is from the cover of Almost Persuaded and was taken by Gersende Giorgio. The album is available now on CD and download via PledgeMusic: http://www.pledgemusic.com