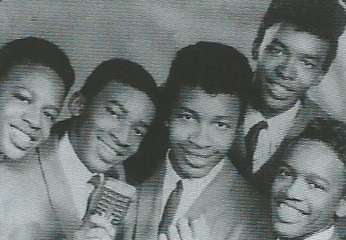 Like its founder, Sam Cooke’s SAR label was marinated in gospel music. Cooke himself had come to prominence as the charismatic young lead singer of the Soul Stirrers, taking over from the great R.H. Harris in 1951 and staying for six years until leaving to embark on a spectacular career on the R&B and pop charts.

Of his two partners in the SAR project, one was J.W. Alexander, a former member of the Pilgrim Travelers who had introduced the Soul Stirrers to Art Rupe of the Specialty label, for whom they made their finest records. The other, Roy Crain, had actually founded the Soul Stirrers, first in Trinity, Texas in 1926 and then, with a different group of singers, in Houston in 1933. That was the start of an institution that outlived all its most celebrated members — including Johnnie Taylor, who succeeded Cooke — and appears to be still active today.

SAR was founded in 1961, the initials signifying Sam, Alex and Roy, but lasted only until Cooke’s death 50 years ago last month. During that time its biggest hit, the Valentinos’ “It’s All Over Now”, came from a converted gospel group, and the signs of that heritage were very clear.

The Valentinos had formerly been the Womack Brothers: five young men who had inherited the name, and the sacred-music vocation, from a group including their father, Friendly Womack Sr. They started performing at a church in Cleveland, their home town, in 1951, and made their first recordings three years later. When Cooke heard them while on tour, he invited them to Los Angeles, where they made a pair of gospel singles.

The four sides of those singles top and tail a new collection of their recordings for SAR, compiled by the ABKCO company — founded by the music business lawyer Allen Klein, who also owns the Rolling Stones’ early material. Titled Lookin’ For a Love, after another of their finest songs, it is released in association with Ace Records of London, the world’s most diligent and meticulous reissuers of early rock ‘n’ roll, R&B and soul recordings.

What always struck me about the Valentinos was how, at a time when most soul hits — even the most gospel-flavoured, like Marvin Gaye’s “Can I Get a Witness” or Garnet Mimms’s “Cry Baby” — gave the impression of having been moulded in a studio, the Womack brothers sounded like a band playing together on stage in front of an audience. There was an R&B-style rawness and immediacy about their records, a sense of rough edges left unpolished. It was probably that quality to which the Rolling Stones were responding when they heard the group’s record of “It’s All Over Now”, written by Bobby and Shirley Womack, and swiftly covered it, making it their first UK No 1 in July 1964, only a few weeks after the release of the original version in the US.

With its 23 tracks, Lookin’ For a Love is said to contain everything the group recorded for SAR before the label folded. There’s a lovely Sam Cooke song called “Tired of Livin’ in the Country”, recorded at United Recording in Hollywood on March 24, 1964, at the same session as “It’s All Over Now”, with a pair of transplanted New Orleans greats, Harold Battiste and John Boudreaux, on piano and drums respectively, augmenting the guitars of Bobby and Cecil Womack and Harry Womack’s bass guitar.

That day’s work also threw up a track which has remained unreleased until now: a Bobby Womack ballad called “Don’t Go Away” which blends R&B and doo-wop in perfect proportions. Bobby wails his lead vocal — “The birds on high, the stars in the sky / Are the same as they were before / But the joy they bring don’t mean one little thing / Because they just don’t seem to reach me no more” — over a goofy bass voice, wah-ooh harmonies and a classic four-chord cycle straight off the street corner. It’s this track for which I’ll cherish a compilation that provides a fine reminder of a group whose significance far outweighed their moderate commercial success.

* The photograph of the Valentinos is from the sleeve of Lookin’ For a Love. Left to right: Cecil, Henry, Friendly Jr,Curtis and Bobby Womack.