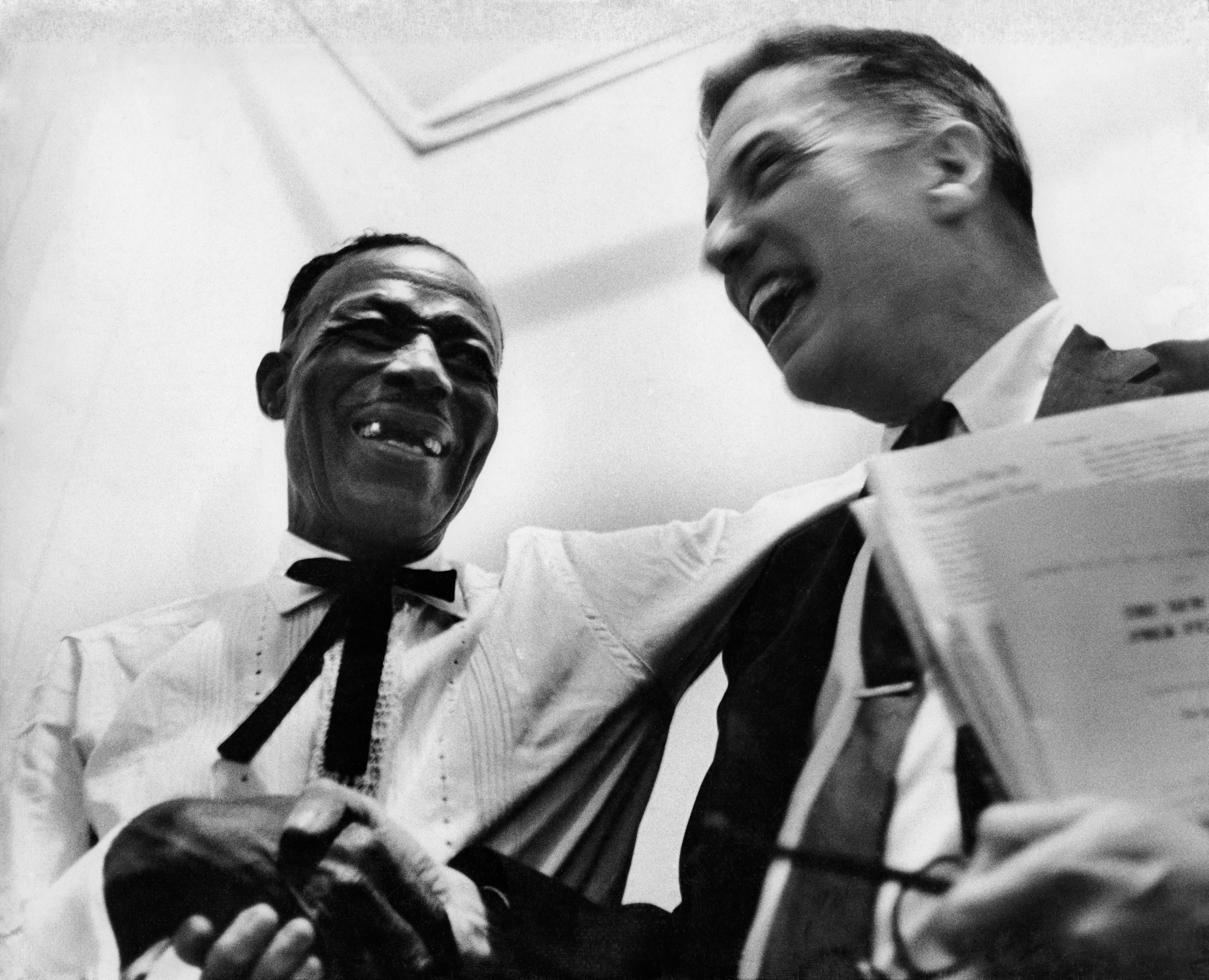 It’s 14 years since Jessica Ferber, who had just graduated in sociology and photography from the University of Vermont, was handed a few boxes of photographic prints and negatives and other bits and pieces left by a recently deceased resident of a homeless shelter. She was asked if she wanted to do something with them. They would occupy much of her time for the next decade as she sorted through the material, began the painstaking process of restoration, and then raised funds via Kickstarter to complete the work and to secure publication in book form.

The battered prints, negs, postcards, receipts, letters, cassette tapes and a journal were all that remained of the life of Robert James Campbell, who had died at the age of 65 of accumulated symptoms, including heart and kidney disease, more than 30 years after his career as a photographer had petered out. But what Ferber saw convinced her that here was something worth preserving.

Bob Campbell was born in New York into a wealthy family, and grew up in homes in Portsmouth, New Hampshire and Burlington, Vermont. He was interested in cameras from an early age, and he also played the double bass. He dropped out of college after a year and his first photographs of jazz musicians seem to have been taken when he served in the US Army in the 1950s. When he moved to New York on his 25th birthday in 1961, taking a studio in the West Village, he gravitated towards clubs like the Village Vanguard.

Rebirth of the Cool is the product of Ferber’s 10-year obsession, a handsome large-format book that chronicles not just Campbell’s work but his life, mainly through family photographs from his childhood. It includes impressive black and white studies of many important musicians, among them Bud Powell (at the recording session for The Return of Bud Powell in 1964), Elvin Jones, Miles Davis and John Coltrane, Wayne Shorter, Lee Morgan, the MJQ (shot during a trip to Germany in 1958), Tommy Turrentine, Philly Joe Jones, the Adderley brothers, Dave Brubeck, Gerry Mulligan, and Warne Marsh with Lee Konitz.

Campbell was also taken with Bob Dylan; although there are no shots to document that specific interest, his involvement in the burgeoning Greenwich Village folk and blues scene is reflected in photographs of Son House with the great A&R man John Hammond (see above), Mississippi John Hurt, Miriam Makeba (with Sivuca, the Brazilian accordionist), Richie Havens, Bill Monroe, the Staple Singers and the duo Jim & Jean — Jim Glover and Jean Ray (below), the models for the characters played by Carey Mulligan and Justin Timberlake in Inside Llewyn Davis.

The influence of Henri Cartier-Bresson is pretty clear in these photographs, particularly when Campbell moves outside to shoot scenes in Washington Square and the streets of the Village. He didn’t make stylised images of smoke-wreathed musicians, as Herman Leonard had done. He was after the informality of an emerging counterculture, more in the manner of Carole Reiff or Ed van der Elsken. One shot from a party in a Village apartment is so cool that it makes me wish it were 1964 all over again. He seems to have tried fashion work, but he needed to take other jobs, such as building sets for theatre companies, to keep going.

I’d come across him once before, in the pages of Blue Melody, the excellent memoir of Tim Buckley by Lee Underwood, Buckley’s friend and guitarist. Campbell met Buckley and Underwood at the Tin Angel, a Village club, and moved with them to California in 1967 before drifting out of sight. “Bob was in his early thirties, bearded, very bright, well-read, a musically literate fellow who did not graduate from college,” Underwood writes. “When I asked him why, he said, ‘I like books and I read a lot, but I don’t study. When reading becomes work, a task, then that’s it. My seventh- and eighth-grade guidance counsellor accused me of learning by osmosis. My mother got burned up at my motto in the yearbook: I’m not lazy, I’m just tired.'”

Underwood records Campbell as having turned up at Buckley’s funeral in Santa Monica in 1975. “One true and trusted friend,” he calls him. By that time the photography was over and the set-building was how he earned his money. Ferber reconstructs the story of his last years from minimal evidence, telling us that in the early 1980s he returned to Portsmouth, New Hampshire, where he inherited the family home on his mother’s death in 1987. But it all disappeared, and so did he until 1995, when he was taken in by a homeless charity in Burlington until his death seven years later.

He wasn’t a genius, but the photographs show that there was certainly a measure of poetry in his soul, and Ferber’s devotion to the surviving fragments of his life adds an extra layer of it to this fine book.

* Rebirth of the Cool by Jessica Ferber, with a foreword by Marc Myers, is published by powerHouse Books of Brooklyn, NY. Blue Melody by Lee Underwood was published by Backbeat Books of San Francisco in 2002.