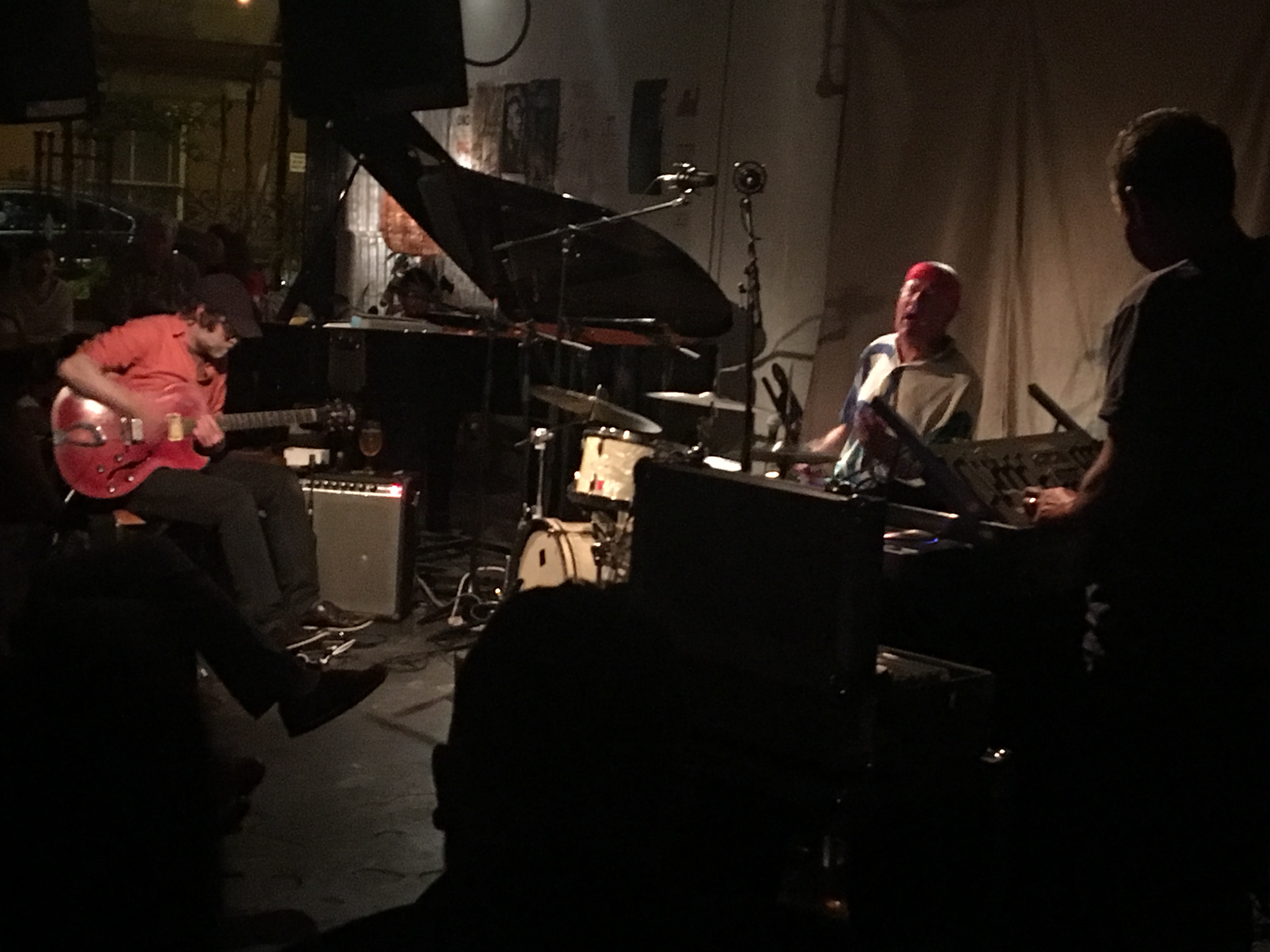 The great Dutch drummer Han Bennink is famous for his anarchic humour and his resistance to orthodoxy: he’s known for using the heel of his boot to alter the tone of his drums on the fly, and for finding the music in the scenery of a club — if there are pillars or heating pipes in the vicinity, he is likely to start playing them. He has an unparalleled gift for terminating a collective improvisation with a slap of two pieces of metal or the sort of rimshot that brooks no negotiation. What’s sometimes overlooked is his ability to swing in the traditional meaning of the term. Of all the European drummers to emerge in the modern era, maybe only Phil Seaman commanded the same deep sense of swing.

But he’s always been a hard man to pin down. I first heard him with the German tenorist Peter Brötzmann in Berlin in 1969, playing the most uncompromisingly loud and violent free jazz you could imagine. Maybe 20 years later I heard him in Paris with a band led by the Italian trumpeter Enrico Rava, playing the music of Louis Armstrong’s Hot Five and Hot Seven, and you could tell that here was a man with a profound understanding of what Baby Dodds had been up to.

On Saturday, Han ended a three-night Cafe Oto residency in celebration of his 75th birthday with a series of collaborations in which his partners were the two men, the guitarist John Coxon and the electronics exponent Ashley Wales, together known as Spring Heel Jack; two guests from Amsterdam, the American violinist Mary Oliver and the Dutch guitarist Terrie Hessels, also known as Terrie Ex; and the pianist Steve Beresford. Amid the swirling anarchy, there were many moments when you could detect traces of the drummer who served a conventional rhythm-section apprenticeship with such visiting American giants as Eric Dolphy, Dexter Gordon and Wes Montgomery.

Since then Han’s career has taken him through countless collaborations. He first appeared with Coxon and Wales on Amassed, an early Spring Heel Jack studio album, in 2002. The following year they took him on a short Contemporary Music Network tour of Britain, along with the saxophonist Evan Parker, the pianist Matthew Shipp, the bassist William Parker and the guitarist J. Spaceman (Jason Pierce, with whom Coxon played in the band Spritualized). I saw that fascinating line-up give an epic performance at the Queen Elizabeth Hall — particularly in the second half, which began with a hyperactive duet between drums and bass and reached its climax in a long passage of richly textured improvisation over a mesmerising sequence of slowly descending piano chords that seemed, like an Escher staircase, to have no end. An album titled Live was assembled from the tour’s concerts in Bath and Brighton, and contains a version of that second half.

On Saturday, Han began with a trio set but soon left Beresford and Oliver to their own devices, listening from a chair at the side of the stage as they created a graceful two-part invention. Then the drummer was joined by Spring Heel Jack, creating a very different type of trio, the music constantly changing colours and momentum, restless but intensely satisfying (I loved a passage in which Coxon suddenly started running close-voiced jazz chords on his cherry-red Guild Starfire). Eventually Hessels, a member of the Dutch band the Ex, joined in, energetically lunging and retreating as he added jagged bursts of post-Hendrix noise.

After a third set in which the musicians joined in one by one until all six were together on stage, Han closed the evening with a short unaccompanied piece: brusque, urgent, very physical, unmistakably him but also unmistakably in the lineage of solo pieces by Dodds, Papa Jo Jones and Max Roach. This is a musician who stretched the vocabulary of his instrument, even changed it, while honouring and preserving the music’s essence.