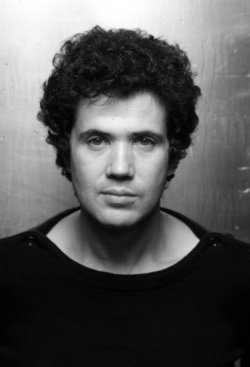 For no particular reason that I can pin down, I’ve spent a lot of this lockdown listening to the Italian singer Lucio Battisti. Well, maybe I just wanted music to remind me of being on holiday in Italy. The taste of a decent espresso. Traffic chaos in Naples. Olive groves on a Sicilian hillside. All of the stuff that seems so unreachable at the moment. Anyway, he’s been providing good company, as he has since I stumbled across his music almost 45 years ago. By that time he was already established as one of Italy’s biggest stars, with many hit singles and albums behind him.

The thing that first caught my ear in 1976 was a song called “Ancora tu”, on which he veered away from the singer-songwriter mode into an engagement with disco music. It’s an infernally catchy piece of music, but what also struck me were the words. Even with my rudimentary Italian, it was obvious that he was using dance music as a setting for one side of a conversation between two former lovers who’ve just bumped into each other again: “You again! How are you? Pointless question. You’re like me.” “Have you eaten, or not? Yes, I’m hungry, too.” “You look lovely. Younger than ever. Or maybe just nicer.” He tells her he’s given up smoking. At some point in your life, you may have had that kind of conversation. I liked the way the singer’s tone, conveying a mixture of fondness and concealed wounds, worked beautifully over the lightly pumping rhythm.

I was doing A&R at Island back then, so I called up some of Battisti’s earlier work and lost myself for a while in albums like Il mio canto libero, Il nostro caro angelo and Anima latina, each of which showed a willingness to absorb and adapt a variety of approaches, from English progressive rock to Brazilian new samba. “Ancora tu” was the lead track of an album whose title — Lucio Battisti, la batteria, il contrabasso, eccetera — itself highlighted his new interest in disco. I also found out that while Battisti was responsible for the music, he hadn’t written those interesting words. The lyrics to all his songs were by a man named Giulio Rapetti, who called himself Mogol.

The more I listened, the more I liked the way Battisti made records that sounded thoroughly modern while retaining some quality of traditional Italian pop music. He’d got his start through things like the San Remo Song Festival, and just enough of that flavour survived in his music to set it apart from his Anglo-American influences.

What I didn’t know was his string of hit singles — like Mi ritorni in mente (1969) and I giardini di marzo (1972) — had persuaded a generation of Italian kids that, as well as worshipping the Beatles and the Stones, they could have a pop music of their very own, speaking in their voice. It secured him a special and enduring place in their hearts. “He has been a sort of musical background to our lives,” the writer Giorgio Terruzzi told me the other day, “when we were passing between childhood and adolescence.” But that wasn’t what I heard, because I was listening to it in a different place at a different time. And by then he was becoming something different, too.

At some point, somewhere or other, I met both him and Mogol. Then in London I took Battisti to lunch at the Trattoo, a very nice Italian restaurant just off Kensington High Street. I wanted to try and work out a way to get his records — none of which had been released in the UK or the US — to an Anglophone audience. I liked him: he was a reserved but thoughtful person, and he was very happy discuss the fortunes of his football team, Juventus. Sadly, the idea didn’t come to anything. (The following year, in Los Angeles, he did make an album for RCA called Io tu noi tutti, with Hollywood session men, which gave him a couple more hits at home, although an English-language version titled Images didn’t work at all.) So, as a fan, I just carried on buying his Italian albums.

By the end of the ’70s he’d acquired the habit  of recording in London, with English producers, arrangers and musicians. For a while the records got lusher and more dependent on electric keyboards and synths, as you can hear in “Donna selvaggia donna” from the album Una donna per amico (1978) and “Il monolocale” from Una giornata uggiosa (1980), both produced by Geoff Westley with musicians like the guitarists Pip Williams, Phil Palmer and Ray Russell, the bassists Paul Westwood and John Giblin and the drummers Gerry Conway and Stuart Elliott.

Then it all changed. After so many years of success, Battisti and Mogol parted company, for reasons that have never really been explained. On the singer’s next album, E già (1982), the lyrics were credited to his wife, Grazia Letizia Veronese, and the music was stripped right back to a sound bed of electronics, created in the studio by Battisti and his new producer, Greg Walsh. I found it very adventurous and striking, and a track called “Straniero” made a deep and lasting impression. Then, four years later, came an album called Don Giovanni: more conventional in its arrangements, richer in texture, with words by the poet Pasquale Panella, and featuring several classics, like the irresistible “Fatti un pianto”, with its beautiful tenor saxophone work by Phil Todd on the intro and coda.

By this time Battisti had removed himself from the public eye. He stopped giving interviews and simply released an album every couple of years, all on the Numero Uno label, which he and Mogol had founded in the early ’70s after Ricordi had been reluctant to release their extraordinary concept album, Amore non amore. Each of these new albums had a standard look — very minimal white covers featuring simple black line drawings and no photographs — and each, sadly, was increasingly unsuccessful with the public.

L’apparenza (1988), La sposa occidentale (1990), Cosa succederà alla ragazza (1992) and Hegel (1994) had different producers — Robyn Smith, Greg Walsh, and, for the last two, Andy Duncan — but I think of them as a continuous work: an extended suite of electro-dance music made by a singer-songwriter, the innate vulnerability of Battisti’s voice ensuring that it never lost its human warmth. Sometimes, at their most driving and joyous, as in “Cosa succederà alla ragazza” or “La voce del viso”, these late tracks make me think of the Pet Shop Boys holidaying on that stretch of the Tyrrhenian coast around Viareggio, warmed by the Tuscan sun. But it’s all pure Battisti, really.

Hegel turned out to be his last word. Four years after its release, in 1998, he died in a Milan hospital, apparently of cancer, aged 55. Although in recent years there has been some controversy over the ferocity with which his widow guards his legacy, his music is available to be discovered by anyone who, like me, came to it a little late and found a friend.

* Many of Lucio Battisti’s recordings, including the final quartet of “white albums”, were reissued two years ago by Sony Legacy / Numero Uno in limited editions of CDs replicating the original album artwork. They seem to be still available.