Eric Dolphy, still out there 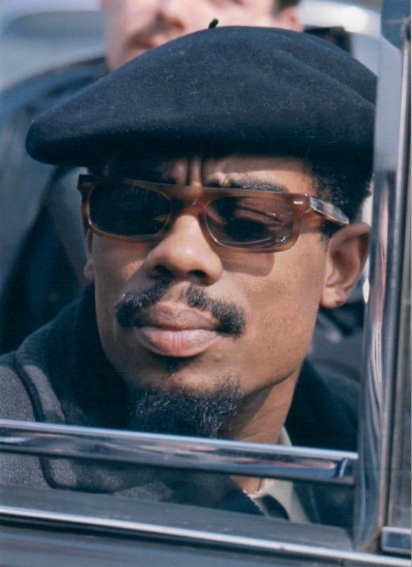 When I think about Eric Dolphy, I wonder what he would be doing now, had he not died of undiagnosed diabetes in a Berlin hospital in 1964, aged 36. Quite a lot of the more adventurously astringent music to be heard today at Cafe Oto in London, The Stone in New York or Sowieso in Berlin could be described as Dolphyesque, in that it launches itself from a jazz platform in search of a relationship with other idioms, in particular the techniques of various forms of modern classical music.

He would have turned 90 this year, and there’s no doubt that he would have used those lost years productively, extending his already formidable vocabulary on alto saxophone, bass clarinet and flute, continuing to develop a personal improvising voice that — like his great contemporary Ornette Coleman, but in a very different way — moved beyond the influence of Charlie Parker, and exploring the possibilities of new instrumental groupings and compositional techniques. Just imagine a Dolphy quintet album with Ambrose Akinmusire, Alexander Hawkins, Thomas Morgan and Tyshawn Sorey!

A new release from Resonance Records provides a fine illustration of the things he was up to in the couple of years before he died, and of how modern he still sounds. After an apprenticeship with Chico Hamilton, Dolphy came to the attention of the jazz world primarily through his work with John Coltrane and Charles Mingus, but he found a path to his own music, to be heard on such albums as Out There (Prestige, 1960), the marvellous series of quintet recordings at the Five Spot with Booker Little from 1961 (also Prestige), and the celebrated Out to Lunch! (Blue Note, 1964).

The Resonance collection, called Musical Prophet and currently available as a triple vinyl set, is based on two days of studio sessions supervised by the producer Alan Douglas for his own label in New York over two days in July 1963. The sessions featured various instrumental combinations from a pool of mostly young players: Woody Shaw (trumpet), Sonny Simmons (alto), Prince Lawsha (flute), Clifford Jordan (tenor), Bobby Hutcherson (vibes), Richard Davis or Eddie Kahn (bass), J. C. Moses or Charles Moffett (drums), and the veteran Garvin Bushell on bassoon. It seems to have been typical of Dolphy’s generosity of spirit that he made solo space for other musicians who played his instruments (Simmons in particular), and featured compositions other than his own.

Two albums, Conversations and Iron Man, were issued from these sessions, but the new set also contains outtakes of all the original tracks, and more besides. Given the relatively small size of Dolphy’s output during his short recording career, anything new is particularly welcome, and it’s a treat to hear — for instance — a pithier version of Lawsha’s Caribbean-inflected “Music Matador”, two extra takes of the solo alto treatment of the standard “Love Me”, and the astonishingly inventive solos by Dolphy and the 18-year-old Shaw on an alternate take of “Mandrake” that is stronger than the one originally selected.

There’s also a bonus track from another session: a 15-minute piece called “A Personal Statement”, originally included under the title “Jim Crow” on an album culled from random tapes left by Dolphy with some friends and released by Blue Note in 1987 under the title Other Aspects. It now transpires that this striking piece was written by the pianist Bob James for his own trio, plus Dolphy and a counter-tenor, David Schwarz, and recorded in Ann Arbor, Michigan, in March 1964, shortly before Dolphy left for what turned out to be his final trip to Europe. The fact that Dolphy didn’t write it, and that James would soon (after recording a trio album for ESP) turn away from the avant-garde towards an engagement with the more commercial form of jazz that made him famous, doesn’t make it any less interesting; it also means that Dolphy recognised the promise in these young musicians, who were students at the time.

For me, however, the heart of this set is the second of its six sides, entirely devoted to duets between Dolphy’s bass clarinet and the bass of Richard Davis: two virtuosi in conversation. The first of the three tracks, the originally released 13-minute take of “Alone Together”, is a known masterpiece (and there is another take, previously unreleased, on the final disc). The second and the third pieces, two takes of a composition by the pianist Roland Hanna called “Muses for Richard Davis”, slowly explore the timbral relationship between the two instruments with enormous care, subtlety and beauty. You can ignore the track breaks and treat the side as one half-hour piece: half an hour of genius.

* Musical Prophet: The Expanded 1963 Studio Session is out now as a vinyl limited edition and will be released on CD on January 25. The photograph above, by the German jazz photographer Hans Harzheim, appears in the lavish booklet, along with the work of Francis Wolff, Val Wilmer and other photographers, and many essays and interviews with musicians whose lives Eric Dolphy touched.