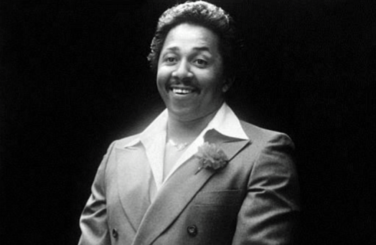 In the world of Philadelphia soul music, Bunny Sigler was a backroom boy who occasionally made it into the spotlight. A writer, producer and backing singer (on Harold Melvin’s “If You Don’t Know Me By Now”, for instance), he also made a handful of interesting singles. Among them, in 1967, was an expanded version of a Shirley and Lee hit retitled “Let the Good Times Roll / Feel So Good”, which became a Northern Soul favourite. The one I love, however, is his 1973 retread of “Tossin’ and Turnin'”, Bobby Lewis’s 1961 smash, which he subjects to the full Philadelphia International treatment: the great MFSB rhythm cooking at maximum heat in Sigma Sound studios, almost certainly with Earl Young on drums, Ronnie Baker on bass, Roland Chambers on guitar and — most gloriously of all — Harold Ivory Williams on delirious gospel keyboards. And there’s a divine moment at 1:50 when Sigler, listing the things that are keeping him awake, wails “There’s a phone out there ringin’ / There’s a group out on the corner singin’… hallelujah!” Enjoy. And read the nice New York Times obit here. RIP, Mr Sigler.