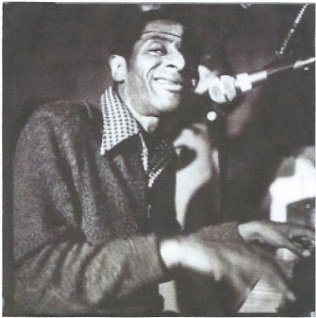 As I came out of Bayou Maharajah, Lily Keber’s documentary on the life of the brilliant but ill-fated New Orleans pianist James Booker, I looked at the faces in the line of people waiting for the second of two sold-out London screenings and wanted to tell every one of them what a wonderful thing they were about to experience. Instead I sought out the director and told her that I couldn’t think of a single way in which her film could have been improved.

Booker, if you don’t know, was maybe the greatest of all the New Orleans piano wizards. Allen Toussaint, one of most distinguished of that line, puts it very simply in the film. “I consider Booker a genius,” he says. And Toussaint is not a man to get carried away. Booker had everything in his playing: the jazz of Jelly Roll Morton, the rumba of Professor Longhair, the rolling R&B of Fats Domino, the gospel of Ray Charles, the gumbo of Dr John. And he could play it all at once, blended with his own ingredients. The saxophonist Charles Neville, trying to describe his playing, says: “He was flowing… not like a river… like an ocean.”

In career terms he was a disaster, and Keber doesn’t flinch from exploring the reasons. You can get a a hint of his picaresque life in the film’s trailer. But you can hear how exceptional he was in these versions of “Besame Mucho” and “Black Night”. The second of those is from an album recorded in Europe in 1977, called New Orleans Piano Wizard. That must have been the trip during which he appeared at the 100 Club, the perfect London venue for him: at least two people watching the film on Sunday — my friend Martin Colyer, once of the band Hot House, and I — were present that night. (There’s a fine description of the gig just here, on Mike Butler’s blog.)

The film certainly gives me a new respect for Harry Connick Jr. First, sitting at the piano, Connick shows us how Booker did it, examining his keyboard virtuosity. He takes apart the way his mentor’s hands worked on a treatment of “Sunny Side of the Street”, demonstrating the way in which, all fingers occupied with bass line, melody and inner harmonies, he would “roll” one of them to produce the grace notes that ornamented his phrases.

And then Connick talks about meeting Booker in childhood, with his father, Harry Connick Sr, who was the district attorney for the Parish of Orleans, which includes the city of New Orleans. Booker and the boy bonded over music, with the blessing of Harry Sr, a lifelong fan of New Orleans music. But Harry Jr remembers being at home in bed when the phone rang in the middle of the night: it was Booker, wanting him to come out for some reason or other. “I can’t, dude,” Harry Jr recalls whispering into the phone while his dad, the DA, slept upstairs. “I’m 12.”

Only in New Orleans, huh? Through strategic use of atmospheric archive footage and well chosen interviews, Keber captures the soul of the city before the tourists and Katrina did their worst. And the soul of James Booker, who died in 1983, aged 43, of the effects of kidney failure while waiting in vain for attention in the emergency room of the city’s Charity Hospital, a place where he was far from unknown. A bluesman’s life, a bluesman’s death, and a truly great film to remember him by. Let’s hope it finds a distributor; it deserves to win every prize going.