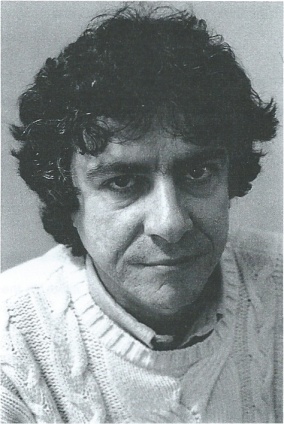 All the way through the year of 1995, or so it seemed, I was stalked by a song. “Besame Mucho” was already quite familiar to me, particularly from the work of Art Pepper and Barney Wilen, two saxophonists for whom I’ve always had a special admiration, and who both played it frequently. But in 1995 it seemed to be coming at me from all over the place: a cocktail pianist in a Johannesburg hotel, a bandoneon-player busking by the ancient walls of Lucca, and most of all on an album called Marvellous by the French pianist Michel Petrucciani, who performed it in a spellbinding arrangement for the Graffiti String Quartet augmented by the bassist Dave Holland.

It was Petrucciani’s version that made me realise what a truly remarkable song this is. Written by Consuelo Velazquez, the daughter of a Mexican army officer and poet (you can read more about her in an obituary here), it was inspired by the sight of a couple kissing in the street and the first of its countless recordings was made by the singer and actor Emilio Tuero, the Carlos Gardel of Mexico, in 1941 (listen to his version here). Tuero’s example was followed by countless singers, from Frank Sinatra to Diane Krall. As the obituary says, it is the only Mexican song most people know.

I love the contours of its melody. In common with many of my favourite songs from mid-century Broadway shows, such as “Here’s that Rainy Day” and “My One and Only Love”, it has a strongly chromatic tune containing shapes that seem, by themselves, to suggest the flow of powerful emotions. The main melody of “Besame Mucho” ascends in steps that portray an ardour bursting out of its conventional restraints before returning with a yearning elegance to the starting point. The bridge passage brings a decorous contrast, suggesting the dominant emotion recollected in tranquillity. Like many great love songs, it seems to contain an intimation of sadness to come.

And now there’s an outstanding new version, from an unexpected source. It comes from Reinventions, a ECM New Series album devoted to pieces chosen and rearranged by the Italian virtuoso double bassist and composer Stefano Scodanibbio and performed by the Quartetto Prometeo. Scodanibbio (pictured above) died last December of motor neurone disease, aged 55; he was previously known to me for his work with Terry Riley, but his other collaborators included Luigi Nono, Iannis Xenakis, Brian Ferneyhough, Markus Stockhausen and Vinko Globokar.

His work is founded on extended instrumental techniques making powerful use of string harmonics (the higher sounds produced by the bow when the fingers of the left hand touch the string lightly rather than pressing it down on to the fingerboard, if I remember rightly from childhood violin lessons). In the compositions selected for Reinventions, which was recorded two years before his death, three items from Bach’s The Art of Fugue are juxtaposed with sequences of guitar pieces from Spain and songs from Mexico, and in all cases the results are striking. The combination of the harmonics and the sounds produced by “normal” bowing and pizzicato techniques produces marvellous textures, at once ethereal and earthy, ancient and modern.

Inevitably, I suppose, it’s the seven-minute arrangement of “Besame Mucho” that keeps drawing me back to the record. There’s something magical about the way Scodanibbio seems to refract the theme, slowly and gently dismantling and reassembling it in a more complex form, like an image seen in mirrors set at different angles, new shades of emotion overlapping as you feel the the tectonic plates of its harmonies shift beneath you. Each freshly revealed facet is tested for weight, light and meaning. It’s something new, and unforgettable.

Scodanibbio clearly had a strong feeling for Mexico. He chose to die (like Charles Mingus, another great bassist and composer) in Cuernavaca, and he apparently believed “Besame Mucho” to be the most beautiful song ever written. I wouldn’t argue over that. With this recording he and his players took a lovely thing and made it even lovelier.