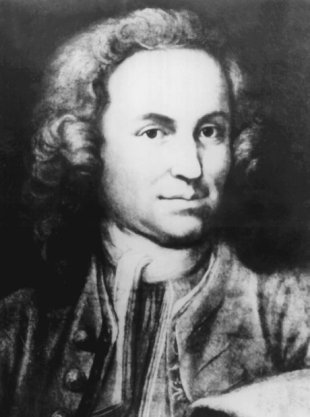 Intellectually, even though my dad was an Anglican priest, I’m an atheist. But the human yearning for grace and otherness, which finds its most obvious expression in places of organised worship and their liturgies, must come from somewhere. It’s the urge uniting the music of John Coltrane, Nusrat Fateh Ali Khan and Johann Sebastian Bach.

This is a blog about music, so there’s no reason to exclude Bach, and perhaps the most intriguing chord ever devised — at least until the Beatles closed “A Day in the Life” with 10 hands on four keyboards more than two centuries later. It comes at the very end of his St Matthew Passion, written in 1727 and performed on three Good Fridays during the composer’s lifetime. The massive work then lay fallow for 85 years until, in 1829, Felix Mendelssohn, aged 20, conducted it in Berlin. After that it became a standard work in the repertoire of choirs and orchestras, a piece meant to accompany and intensify the reflection of Christians at the beginning of the Easter weekend.

I’ve been listening to Otto Klemperer’s 1961 recording with the Philharmonia Orchestra and Choir, and an all-star group of soloists including Dietrich Fischer-Dieskau, Peter Pears and Elizabeth Schwarzkopf. As was the fashion in those days, Klemperer takes it slowly, emphasising the breadth of the choral melodies, filling the space (and three CDs) with the sound of a large vocal group and an orchestra using modern instruments. Today’s interpreters favour period instruments, a smaller choir and a brisker tempo, sometimes knocking a whole hour off Klemperer’s three hours and 45 minutes. I’m with Otto on this one.

Listening to one CD per day on Thursday, Friday and Saturday mornings, I found myself constantly looking forward to the closing seconds of the climactic chorale, “Wir setzen uns mit Tränen nieder (We sit down with tears)”, in which that extraordinary chord makes its appearance. It’s a C minor 7th — a C, an E flat and a G, with the addition of a B**. It’s with the B — played (I think — I don’t have a score) by one of the three oboes*** — that Bach inserts a dissonance made more enigmatic by its designation as an apoggiatura: a grace-note sliding up a semitone to the next C, delaying the sense of resolution.

The chord has already been played, so unemphatically that you might almost take it for a mistake, three times throughout the eight minutes of this finale to the oratorio; on each occasion it concludes a passage, and the effect grows increasingly unsettling. Its reiteration as the closing chord of the piece carries more emphasis, the grace-note this time held long enough to remove all ambiguity. The dissonance, not the resolution, is what hangs in our minds. The inventor of western harmony wants to disturb us as the Easter story unfolds, and he succeeds.

* A remastered version of Klemperer’s 1961 recording of St Matthew Passion is on the Regis label.

** I really shouldn’t have attempted this piece without a score and a keyboard to hand. My old friend Peter Brown points out that the grace-note is not a B-flat, as I suggested, but a B natural. Sorry to have misled anyone, not least myself.

*** My cousin Penny, who knows a thousand times more about these things than I do, checked the score: it’s played by a pair of flutes in each of the two orchestras.