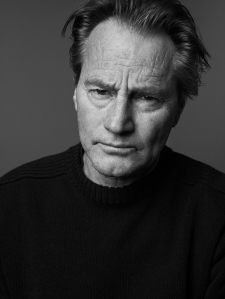 If you want to convince someone — even yourself — that Bob Dylan is a great singer, a place to go might be “Brownsville Girl”, an 11-minute epic from the otherwise threadbare 1986 album Knocked Out Loaded. More specifically, attend to the first line of the penultimate verse, at 8:51. “Strange how people who suffer together have stronger connections than those who are most content,” Dylan sings in a ruminative and rueful tone, delivering the line in a single breath, exhaling the sentence in such a way as to create a complete design, the internal rhythm gently coiling with a sing-song inflection and a slight but telling deceleration on the last four words, making the sense of it linger after the sound has moved on.

The chances are that the line which inspired that miniature masterpiece of phrasing was written by Sam Shepard, who composed the song jointly with Dylan and whose fingerprints are all over its wonderfully strange storyline and the details of character and incident with which it is studded. They were friends, and no library of books about Dylan is complete without Shepard’s The Rolling Thunder Logbook, originally published in 1976, the year after the tour it describes took place.

Shepard’s death, at his home in Kentucky at the age of 73, was announced today. About 20 years ago I went to hear him read his short stories at the Battersea Arts Centre. It was all there. The voice, the looks, the presence. After the reading had finished he remained on stage, talking quietly to someone, while the audience started to leave. As we reached the lobby there was an exchange between a handsome couple, a man of about my age and his wife, who was looking back over her shoulder. “Oh, all right, then,” he told her, in a tone of fondly amused tolerance. “Just go back and have another look.”