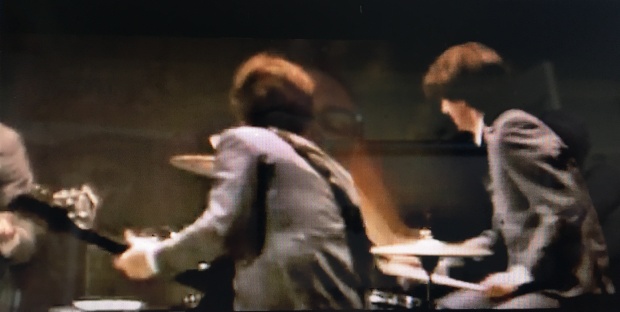 Towards the end of Eight Days a Week, Ron Howard’s Beatles new documentary, all reason and proportion briefly fled and I was overpowered by a sense of rage. Those bloody Americans: it was all their fault. With their idiotic 50,000-seater stadiums and their imbecilic urge to misconstrue a perfectly innocent remark about Christianity in a John Lennon interview, they ruined the whole thing.

Not entirely true, of course. The dream was always going to end sometime. But you can see very clearly, in a film that purports to concentrate on the group’s touring years, how the pressure exerted by their immoderate success in the US in particular drove them to fall out of love with what life on the road had come to represent, once the novelty faded. After 1963 they were never able to perform live in an environment that allowed them to show how good they were. All four of them felt that frustration. The Plastic Ono Band, Wings and George’s stint with Delaney and Bonnie were among the consequences.

It’s interesting to speculate what might have happened had America not taken to them. Beatlemania in the UK and Europe would have died down a little, perhaps enough to allow them to continue touring together in more helpful conditions. Would they have been able to spend so much time in the studio, concocting Sgt Pepper and the White Album? Probably so; that’s the way they were heading anyway.

There are many cherishable moments in the film, not least a version of “I Saw Her Standing There” that shows what a blazing little band they were. The picture above, which I’ve grabbed from the trailer, is from that sequence; it captures the feeling. And the final sequence of “Don’t Let Me Down” and “I Got a Feeling” from the concert on the roof of No 3, Savile Row on January 30, 1969 — the first time they’d played live together in public not wearing a band uniform since Brian Epstein became their manager, as well as being the last time they played live together in public at all — is, as ever, deeply sad for the same reason. Imagine if they’d had the sort of rock-concert facilities they lay just around the corner.

As for the film itself, it’s a shame Ron Howard hasn’t learnt the lesson of the great documentary director Asif Kapadia’s work on Senna and Amy: at all costs, avoid showing talking heads on the screen. They slow it down and clutter it up. Elvis Costello and Whoopi Goldberg (particularly) are among those who have genuine insights to impart, but we don’t need to see them when there’s such a richness of archive footage available. But, of course, Eight Days a Week is not to be missed.