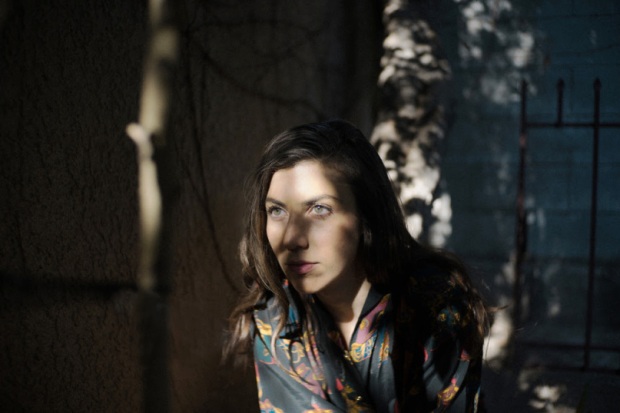 When I told my friend Howard Thompson that I was going to see Julia Holter at the Islington Assembly Hall last night, he said: “You should listen to her cover of ‘Hello Stranger’.” Although Howard and I have been talking to each other about music for 40 years, he was unaware that the original “Hello Stranger”, by Barbara Lewis, has been among my very favourites since it came out in the summer of 1963. It’s a perfect record, and it has a lot of memories for me. So I was not necessarily open to the idea of a cover version by some young West Coast singer-songwriter, even if she did study composition at CalArts.

It’s on Holter’s fourth album, Loud City Song, the one before her new one, Have You in My Wilderness, which is just out. And Howard was right. Her cover of “Hello Stranger” is fascinatingly inventive, removing the metred rhythm and the “shoo-bop shoo-bop” motif, embedding an introspective vocal treatment within surges of sustained strings and effects, turning the song into a memory of itself. Here it is; it’s a strange and lovely thing.

The concert was rather wonderful. From the start it was obvious that Holter is not afraid of silence. She came on with her three excellent musicians (bassist Devin Hoff, drummer Corey Fogel and viola-player Dina Macabee) and when the applause had died down she spent a couple of thoughtful minutes adjusting the settings on her Nord keyboard before embarking on the first song.

What she does is art music with the occasional pop hook, like a gorgeous chord change in the mysterious “Vasquez” — the sort of thing that can suddenly pull you inside the music — and the stutter-skipping verses of “Feel You”. The textures produced by the four musicians ranged all over the place, from baroque viola and harpsichord intros to fragments of deep swing from drums and bass (a bodiless electric upright with a great sound). The contrasts, sharp but never jarring, are controlled by tight editing: an abundance of ideas, but no sprawl. Occasionally a piece will conclude with a perfectly formed coda containing new material; she clearly has no shortage of that. Her voice can change from song to song, the tone and attack manipulated in a variety of ways, the vowels and consonants subjected to different shaping and attack, creating a subtly new character for the piece in question. Not many singers do that.

Holter has a very compelling stage presence. She’s a bit of an actress, but in a good way. Her serious face breaks into sudden knowing smiles at unexpected moments, there’s a bit of business with the hair (although not too much), and she inhabits each song fully. So do we.

* The photograph of Julia Holter is by Tonje Thilesen.