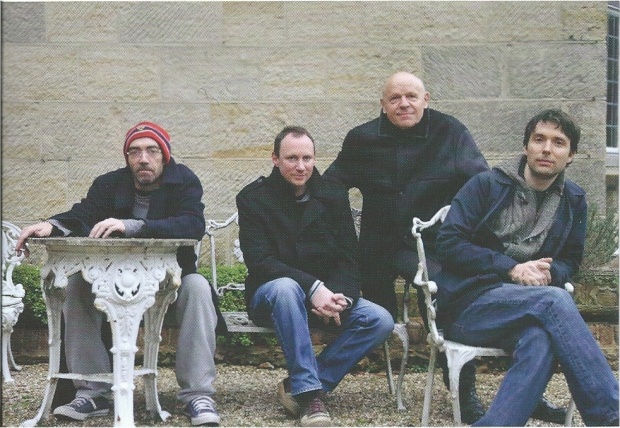 The guests of honour at Evan Parker’s gig at the Vortex in East London last night were Martin and Mandy Davidson, creators and custodians of the Emanem label, founded in 1974 as a vehicle for music by the free improvisers who could loosely be called the Little Theatre Club school: Derek Bailey, John Stevens, Paul Rutherford and so on, plus such non-British soulmates as Steve Lacy, Anthony Braxton and Bobby Bradford. The Davidsons are shortly to leave London for Spain, and although the activities of Emanem will continue from their new headquarters, their departure marks the end of another valuable project: Psi Records, the label founded by Evan Parker in 2001, and run with Martin’s assistance.

Back in the early Seventies it was Parker who, with Bailey and Tony Oxley, formed Incus Records, one of the first musician-owned labels in the free jazz field. Incus released some historic albums before internal disagreements put an end to its story, and Psi was Evan’s next step. Over the past dozen years the label has produced about 80 CDs, many of them featuring Parker but others under the leadership of the likes of Kenny Wheeler, Han Bennink, Alex von Schlippenbach, Ray Warleigh, Agusti Fernandez, Aki Takase and so on. Now Psi’s founder has decided that it’s time to pause and think again.

Like many of the best jazz labels, from Blue Note and Riverside to ECM and Rune Grammofon, Psi developed its own identity, visual and tactile as well as musical. Parker’s concern for the visual side has been apparent in the unified (rather than uniform) design, in which clean typography is married to the fine photographs of Caroline Forbes and, on several recent releases, the very beautiful abstract paintings of Rina Donnersmarck. One such painting can be found on the cover of what turns out to be the very last Psi release, Day and Night by the German tenor saxophonist Gerd Dudek.

I mentioned Dudek in my last post, apropos of the Gordon Jenkins song “Good-Bye”, and it’s good to have another excuse to talk about a veteran who has never received the proper degree of recognition. He graduated from the Kurt Edelhagen band in the mid-Sixties, joining Manfred Schoof’s quintet and then becoming a member of Schlippenbach’s Globe Unity Orchestra, in whose ranks he encountered Parker. Although Dudek never took his playing as far “out” as some of his tenor-playing contemporaries in Europe, such as Peter Brotzmann, Willem Breuker or indeed Parker, he remained a wonderfully creative improviser in the post-Coltrane idiom.

He was 73 when Day and Night was recorded in January last year, in the company of Hans Koller (piano), Oli Hayhurst (bass) and Gene Calderazzo (drums), but his playing has the vigour — physical and intellectual — that you might associate with a musician half his age, although I think his exceptionally handsome tone has softened slightly over the years. It’s never a bad sign when an album starts with one of Herbie Nichols’s deliciously idiosyncratic tunes, in this case “Step Tempest”, and the repertoire is indeed well chosen: Ornette Coleman’s “Congeniality”, Wayne Shorter’s “Blues a la Carte”, Mingus’s “Duke Ellington’s Sound of Love”, Coltrane’s “Blues to You”, two tunes by Kenny Wheeler, and Koller’s arrangement of J.S. Bach’s chorale “Der Tag mit seinem Lichte” (on which Dudek switches to soprano). The quartet had played at the Vortex the night before going into the studio, and the session has a lovely combination of freshness, relaxation, and intense concentration.

Psi is/was a label largely devoted to genres in whose titles the word “free” appears, and by its normal standards this is a relatively conservative album. No instrumental vocabularies are extended here. But when you listen to Hayhurst and Calderazzo playing with the time behind Dudek on “Congeniality”, you know that this is as “free” as music gets.

* The photograph above was taken by Caroline Forbes and appears on the inner jacket of Day and Night. Left to right: Gene Calderazzo, Oli Hayhurst, Gerd Dudek, Hans Koller.