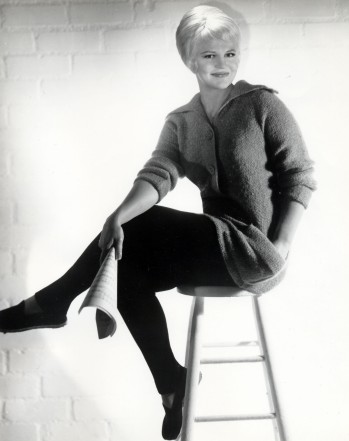 When Peggy Lee recorded “The Folks Who Live on the Hill” in 1957, the song — with music by Jerome Kern and words by Oscar Hammerstein II — was already 20 years old. Arranged by Nelson Riddle, conducted by Frank Sinatra, the recording became a Lee classic. I saw her perform it on The Perry Como Show, broadcast weekly by the BBC in the days when there were only two TV channels. On the surface, Lee and Riddle turned the song into a reassuring vision of the white-picket-fence America of the Eisenhower era. I heard that, too, but I found myself, young as I was then, responding to something deeper, more ambiguous, containing both optimism for adulthood and a hint of anxieties to come. The poet Roy Kelly seems to have experienced a similar reaction. Roy writes for The Bridge, the Bob Dylan magazine; his long piece on the ‘Mondo Scripto’ exhibition is in the next issue. His book Bob Dylan Dream: My Life with Bob was published in 2015. I’m grateful for his permission to publish this new poem, and I hope you like it as much as I do. RW

THE FOLKS WHO LIVE ON THE HILL

The song I heard as a child

and ever since, beautiful Fifties America

coming out of radios as if it never

could end, that time, that childhood.

and repeating, horns and strings

not the tune but inextricable

precursor to its unfolding,

to the appearance of her voice,

close as a whisper rising into

the narrative of melody,

the story of a union to come,

Darby and Joan who used to be

Jack and Jill, woven and layered

in the resonance of words and music,

the grief at the core of happiness,

tears in the heart of all things,

so that for years I never hear it

but my eyes brim, my throat swells to closing.

informing me of a life that might have been

and the future I have now,

the family I am blessed with now,

in a story we need to tell each other

of how it is loving and being loved,

as she loved and was loved, wishing

on a world that lives in songs,

memory and imagination a focused vision,

in her voice, her eternal clarity,

the unison that moved me to tears

and will again though I forget she is dead,

the uplifting splendour of the everyday

as if these moments never will end.

In the land of Sinatra and Dylan

In the early days of The Blue Moment, I published a poem called “The Cool School”. Roy Kelly, the poet in question, wrote this new one in San Francisco last summer, several months before the announcement that, on February 2, Bob Dylan will release an album of songs associated with Frank Sinatra, called Shadows in the Night, previewed on bobdylan.com by a version of “Full Moon and Empty Arms”.

AT THE END OF AMERICA

At the end of America looking west

and thinking east, surrounded by

the sadness of leaving, thinking of voices

under the vastness of the endless sky

that rolls back across days and nights,

successions of darkness and light, so strange

and so ordinary, all the hours and miles to home.

And here fallen cloud like a gorgeous mountain range

rearing and roiling on top of this one, its lower

white and thin, dispersed and sparse down

gullies and ravines as we contemplate going,

brooding and musing on a world already gone,

and this one, always coming to pass,

the radio voices always alive in the whenever moment

of listening, even if high school class

was where they entered your heart and soul.

And now someone with silver hair

looks back from every reflective surface,

leaving you wondering how he arrived there.

that began with actual people and are now a myth

that conjures a country and time, the emotional history

of every age their records grew up with:

Bob Dylan and Frank Sinatra, soundings from a cloud

that covers the waterfront of this and last century,

every past and every future in polar voices

that blow in the wind that comes to fly with me

at the end of America, looking forward

and back, remembering love’s strange rights and wrongs,

insignificant and wonderful under a continental sky,

and the blessed ordinary magic of songs.

A poem by Roy Kelly

Roy Kelly’s work appears from time to time in the kind of magazines that still print poetry (there’s one of his in this week’s Spectator). He was born in 1949, and Peterloo Poets published a collection of his work under the title Drugstore Fiction in 1987. Having read my piece on Chet Baker, he sent me this. I wanted to publish it before the summer ends, and he was kind enough to give me permission.

The folded parasols stand guard and stand by,

sentinels of the pool and sunbeds, swathes

up and out, defending this tender skin which bathes

in water, and also in damaging rays that fly

through millions of miles to inflame and sting.

And in the pool a figure is moving through

the ruffled, bubbled surface, the illusory

while remembering a Chet Baker solo,

the shapely lovely logic of all he blew,

placed note by note, as if physical effort had no

part in his disciplined, pretty perfection,

and the needle life some other loser’s story.

the swimmer tries at least to get the breathing right,

economical, smooth, under the watchful white