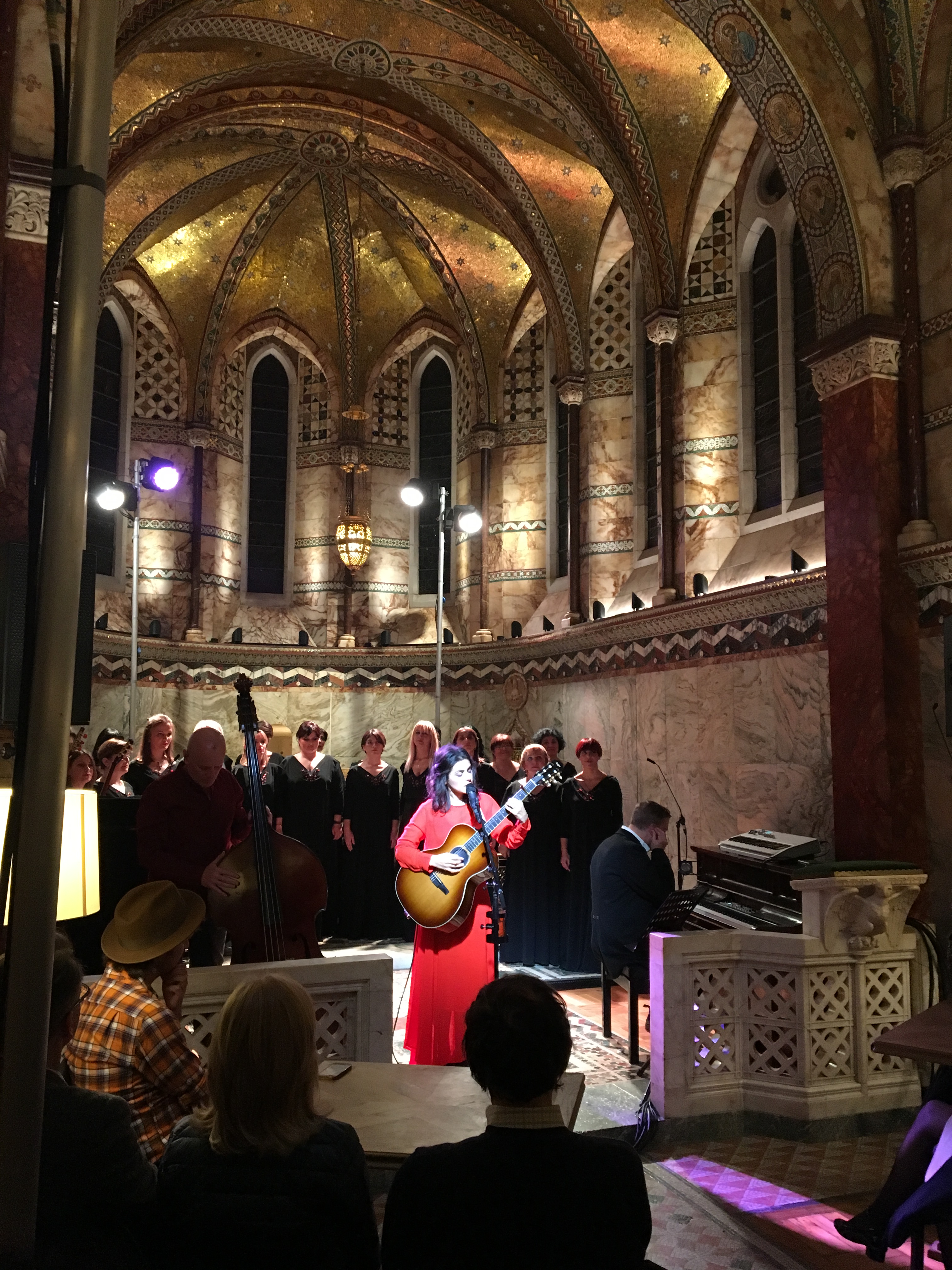 To be perfectly frank, I didn’t know much about the life and work of Katie Melua before I was invited to a small showcase concert of the music from her new album, In Winter, in which she is accompanied by the 23-strong Gori Women’s Choir from Georgia, the country in which — as I quickly discovered — she was born 32 years ago. I knew even less about the Fitzroy Chapel, formerly part of the Middlesex Hospital, which was demolished a few years ago to make way for — you guessed it — luxury apartments, with the Grade II*-listed chapel at the core of the new complex.

A small red-brick building, erected in 1891, it was never consecrated but was where the hospital’s patients and staff went when they needed a quiet moment. It is also where the body of Rudyard Kipling lay in state in 1936 before his burial in Westminster Abbey. The interior glows with gold mosaic and stained glass, very Eastern Orthodox in style, and thus perfectly appropriate to Georgian voices.

So I suppose it was the combination of the choir and the chapel, rather than Melua herself, that persuaded me to make my way to the showcase on a busy Thursday evening. But I was pleasantly surprised. Melua lived in Georgia until the age of eight, and at the end of last year she returned to spend time in Gori, working with the singers and building a temporary recording facility in a  cultural centre. According to an interview with the Independent‘s David Lister, she came across the choir on Spotify and was “mesmerised by their tone and sonic richness”.

Last night’s five-song programme began, like the album, with “The Little Swallow”, a traditional New Year’s carol from Ukraine, sung a cappella. Arranged by Bob Chilcott and conducted by Teona Tsiramua, the choir then added a glowing penumbra to Melua’s own songs, on which her finger-picked acoustic guitar was discreetly supported by the keyboards of Mark Edwards and the double bass of Tim Harries. “Dreams on Fire” is the new single, with Don Black’s lyric set to Melua’s melody. The pick of them, however, was the striking “Plane Song”, inspired by Melua’s own memories of playing on an abandoned airfield among the hulks of planes damaged during wartime.

The album also has a version of “River”, Joni Mitchell’s deeply ambivalent Christmas song, a Romanian carol sung in the original language with an intriguing minor-mode melody, and an interesting arrangement of extracts from Rachmaninoff’s liturgy commissioned in 1915 by the Russian Orthodox Church. “Personally, I don’t have very strong religious views,” Melua writes in her sleeve notes, “but I am grateful that an organisation filled with stories, real or mythical, helped to bring such a work into the world” — which seems like a pretty sane attitude.

On the surface, there’s nothing about In Winter to frighten Radio 2 listeners. But while the combination of Melua and the Gori choir doesn’t project the sophistication of Jan Garbarek with the Hilliard Singers or the raw emotional impact of Les Voix Bulgares, for a Brit School graduate whose huge early success came under the guidance of Mike Batt it represents an interesting and brave direction — and one that, if she ever feels like heightening the challenge by leading her audience further into Georgian polyphonic choral singing, could be even more rewarding.