When I first encountered Punkt.Vrt.Plastik two years ago in Berlin, I thought they were making the most intellectually challenging piano-trio music I’d ever heard. Their late-night concert, in a darkened auditorium, was an intense experience, highly rewarding but perhaps more impressive than enjoyable. At the Vortex last night, without changing any of the components of their music, they managed to reverse that response.

They are the Slovenian pianist Kaja Draksler, the Swedish bassist Petter Eldh and the German drummer Christian Lillinger, three of the most compelling young musicians in Europe. It was Eldh who explained their name to me: “Punkt means ‘dot’ in Swedish. Vrt means ‘garden’ in Slovenian. Christian represents the Plastik.” All clear?

There are no standard tunes, no Radiohead covers. Their original compositions, contributed by all three members, can sometimes proceed from the deliberate simplicity of a repeated single note, but they tend to emphasise the dense and knotty, which made the pronounced variations of density heard in last night’s performance all the more effective. It’s often hard to tell what is is written and what is being improvised; the occasional loose end left by these three virtuosi is a sign that spontaneous creativity is being exercised within the essential framework.

Draksler plays without affectation or stylistic gesture. The purity of what she does is one point of the triangle: the others are Eldh’s power and flexibility and Lillinger’s sense of space and timbre. At the end of their second set they returned for an encore: a version of Eldh’s “Life Is Transient” which glowed like a vision of rapture. It’s the closing track of their fine album, but last night’s reading showed how far they’ve since come in infusing a sometimes daunting complexity with human warmth. The prolonged ovation suggested that no one present will forget it quickly.

* The album Punkt.Vrt.Plastik is on the Intakt label.

More music for a new society 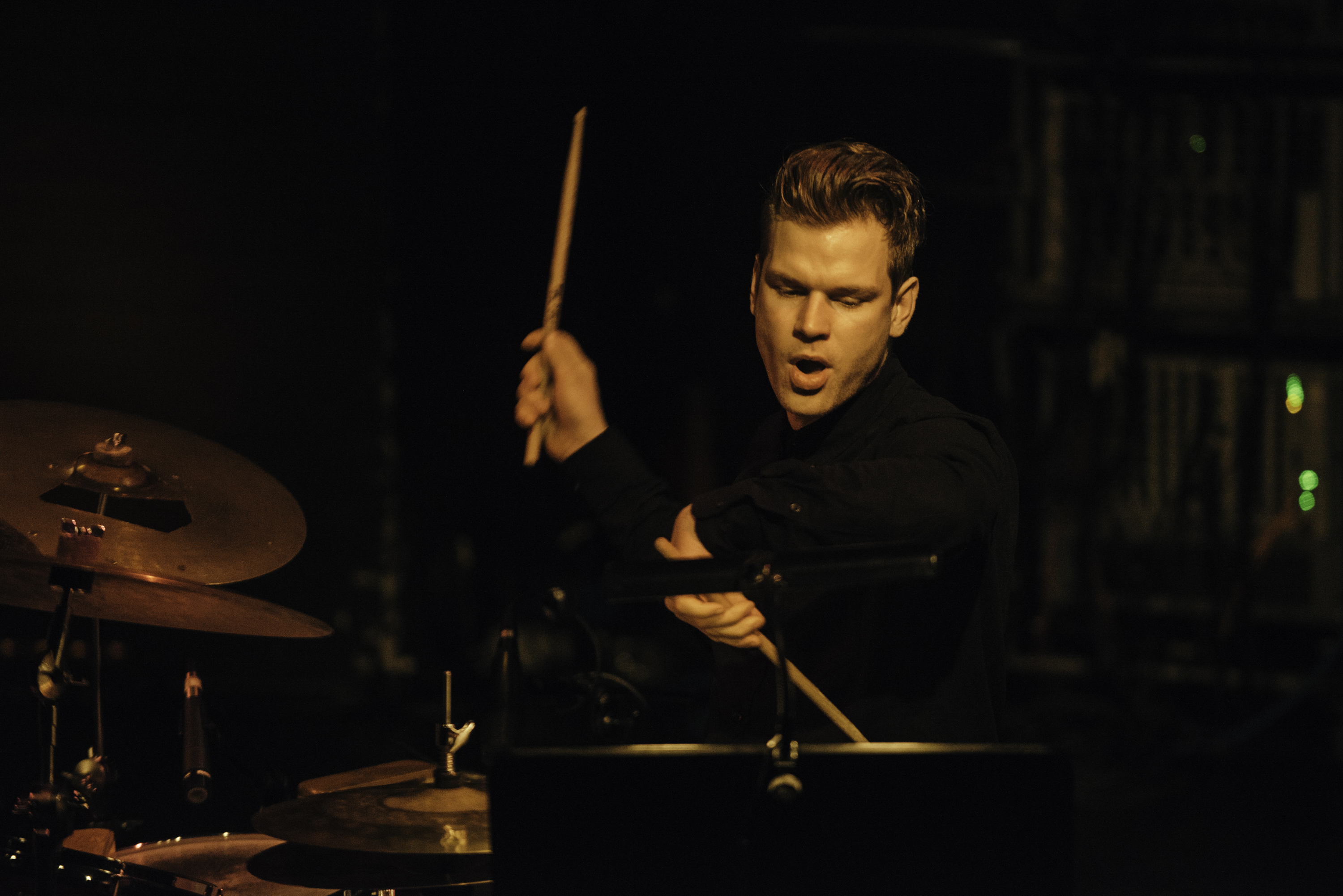 The first time I saw Christian Lillinger, with a trio called Hyperactive Kid at Berlin’s X Jazz festival a few years ago, I found it impossible to take him seriously. It was as if some New Romantic poseur had decided to become a free-jazz drummer for the night. The hair, the gestures: they got in the way of listening. Then I saw him a few more times, and it became impossible not to take him very seriously indeed. Not to think of him, in fact, as one of the most interesting musicians working in Europe today.

He has a septet called Grund: two saxophones (Toby Delius and Wanja Slavin or Pierre Borel), vibes (Christopher Dell), piano (Achim Kaufmann) and two basses (Jonas Westergaard and Robert Landfermann). If you don’t know the names of his sidemen, you should; they’re all exceptional improvisers. What makes the music so distinctive, however, is Lillinger’s composing. Imagine something Andrew Hill might be doing today and you might get an idea: knotty but satisfying themes, surprising structures, brilliant interplay.  When I saw them at the Jazz Kollektiv festival in Berlin a year after the Hyperactive Kid gig, it was one of those sets I never wanted to stop. (Another comparison might be with those intense but brilliantly organised quintet and septet sides Cecil Taylor recorded for Impulse in 1961: “Pots”, “Bulbs” and “Mixed”.)

Then, another year later, I saw Lillinger in two more groups: the quartet Amok Amor (with Slavin, the trumpeter Peter Evans and the bassist Petter Eldh) at the Vortex in London and a trio called Punkt.Vrt.Plastik, with Eldh and the pianist Kaja Draksler, at Jazzfest Berlin. In both cases the music was of phenomenally high quality and gave me the chance to appreciate the breathtaking detail of Lillinger’s playing. He is indeed hyperactive, flying around a kit that includes many auxiliary percussive devices with extraordinary deftness and precision, seldom settling on a pattern for more than a few seconds. But once your ears are attuned, they can discern the incredible responsiveness and egoless interaction he brings to the music.

His new album, Open Forms for Society, is something different: a series of 13 densely woven compositions and five improvisations for a group featuring Dell, Draksler, Landfermann and Eldh, plus Lucy Railton on cello, Antonis Anissegos on piano, Elias Stemeseder on piano and synthesiser, and Roland Neffe on tuned percussion. Again, these are all remarkable musicians, perfect for Lillinger’s seamless blend of composition and improvisation, so beautifully integrated — in a form of musical quilting — that you can’t tell where one bleeds into the other.

There are beautiful textures and unexpected juxtapositions of timbre, fragments of melody left hanging in space, sudden bursts of shuffling momentum, abrupt silences, a sense of alertness and inquiry in every ting, squiggle, sigh and shuffle. It’s not easy music, but neither it is at all forbidding: pieces like “Titan” and “Lakat” are disciplined essays in dramatic tension, creating grooves for a world that hasn’t yet quite come into existence.

* Grund’s albums are on the Pirouet, Clean Feed and Plaist labels. Albums by Amok Amor and Punkt.Vrt.Plastik are on the Intakt label. Open Form for Society is on Plaist. The photograph of Christian Lillinger was taken in Berlin in 2017 by Camille Blake; more of her work can be found at http://www.camille-blake.com.