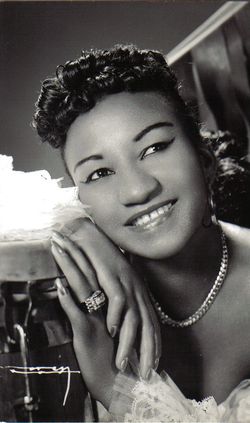 Celia Cruz was to Latin music as Aretha Franklin was to soul, Cesaria Evora to fado**, Mahalia Jackson to gospel and Bessie Smith to the blues. She was the queen. On the two occasions I saw her, I was left in no doubt of that. The first was in 1976, when she appeared at the Lyceum with the Fania All Stars, alongside Johnny Pacheco and Ray Barretto. The second was 10 years later, when she arrived at Hammersmith Palais on a sultry July night with Tito Puente’s eight-piece band, took the stage in a dress covered with black, silver and hot red sequins, and set the place on fire. Here’s what I wrote in The Times the next day:

“Most of her songs are constructed according to a formula that gets the verse out of the way before concentrating on the sequence in which the singer improvises over a mesmerising two-chord vamp. It is there, in the real heart of the music, as the polyrhythms of congas, bongos and timbales interlock with the fluid and deceptively simple stroll of the bass guitar, that Celia Cruz proves her greatness. The vamp section of the mid-tempo ‘Bemba Colora’ turned into a roller-coaster of successive crescendos and she shouted, chattered and crooned, the audience hardly needing her encouragement to chant the responses while attempting to dance in the sweaty crush at the foot of the stage. Her own dancing, involving brief bouts of spasms and convulsions that defined the Latin ability to retain control while discarding inhibitions, provided a further incitement to displays of ecstatic abandon.”

I can still hear that “Bemba Colora”: it went on for a very long time and would still be going on now, if those of us who were there had been given a vote on the matter. It was a night when you wished you’d been born Latin, and one of the dozen most memorable gigs I can remember.

Inevitably, “Bemba Colora” is among the 10 songs associated with Cruz chosen by Angélique Kidjo, the great Beninese singer, for her new album, titled Celia. Or, as one might put it, this is Angélique Kpasseloko Hinto Hounsinou Kandjo Manta Zogbin Kidjo paying tribute to Úrsula Hilaria Celia de la Caridad Cruz Alfonso.

It’s no surprise that Kidjo and her producer, David Donatien, approached the project from an original perspective, choosing to take the songs on a journey back to Africa. This isn’t a salsa album: it’s an album of the African diaspora, bringing sounds and inflections from all over the continent to bear in a very organic and contemporary way. The musicians involved include Tony Allen, the great Afro-beat drummer, who partners the bassist Meshell Ndegeocello on several tracks, and the members of London’s Sons of Kemet, who provide the basis for a fine reading of “Bemba Colora”. Shabaka Hutchings, their tenor saxophonist, and Theon Cross, their tuba-player, contribute to several other tracks.

The one that really caught my ear is “Sahara”, a ballad of grand yearning recorded by Cruz in 1952. Written by Eligio Varela Mora, it’s given full value by Kidjo’s majestic delivery, languid but intense, over a beautiful arrangement featuring the unhurried ticking of Donatien’s percussion, the colourations of Xavier Tribolet’s piano and organ and Clément Petit’s overdubbed cellos, a kind of desert chamber ensemble. Every track has something interesting to offer, but this is where the project most fully realises its potential, both as a tribute and as a free-standing creation. Like that “Bemba Colora” in Hammersmith more than 30 years ago, it casts a spell you want never to end.

* Angélique Kidjo’s Celia is out now on the Verve label.