Coltrane’s ‘Alabama’ in the time of Trump 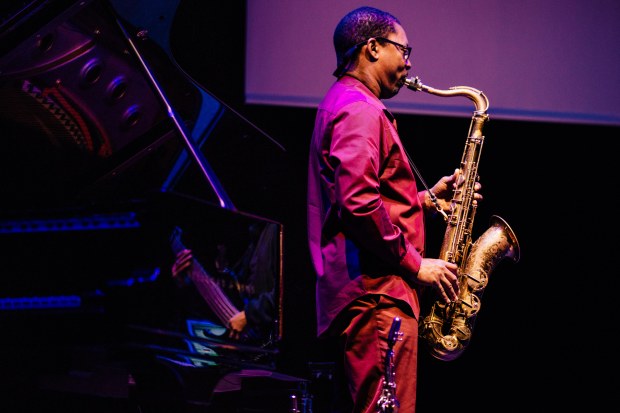 Probably I’m not supposed to write about the music at a festival I curate, but something happened in Berlin on Saturday night that made me want to ignore the rules of etiquette. It occurred during the hour-long set by the trio of Jack DeJohnette, Ravi Coltrane and Matthew Garrison, when they slipped into the theme written by John Coltrane as a response to the deaths of four schoolgirls — Addie Mae Collins, Cynthia Wesley, Carole Robertson and Carol Denise McNair, all aged between 11 and 14 — in the bombing of the 16th Street Baptist Church in Birmingham, Alabama by white supremacists on September 15, 1963.

John Coltrane called his piece “Alabama”, and included a studio version on the album titled Live at Birdland in 1964, released as he was approaching the height of his fame. Sombre and stately in its lamentation, with moments that hint at violence and others in which a great healing serenity breaks through, the piece is one of his finest creations: an artist protesting against against intolerance in the best way he knows how. It’s like a great war poem or painting, a “Guernica” in miniature.

DeJohnette played with John Coltrane. Ravi is John’s son. Matthew Garrison is the son of Jimmy Garrison, the bassist with the great Coltrane quartet. DeJohnette has known the two younger men since they were children. Together they took “Alabama”, stretched and turned it gently, made allusions to and abstractions of the theme, and turned it into a hymn for the era of the Black Lives Matter movement. When DeJohnette swapped his sticks for mallets, you knew he was thinking of the way Elvin Jones played on the original. And when Ravi hinted at the theme, the echo of his father’s voice filtered through the son’s own tenor saxophone sound was enough to make the scalp tingle.

In this of all weeks, when the future seems to depend on whether a man who symbolises intolerance can succeed in lying and bullying his way into power, the music took on an almost unbearable weight of feeling.

* The photograph of Ravi Coltrane at the Haus der Berliner Festspiele during Jazzfest Berlin was taken by Camille Blake.