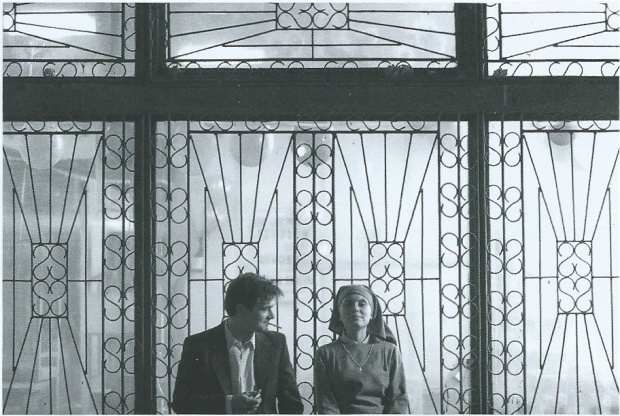 Among the many reasons for seeing Pawel Pawlikoski’s new film Ida — briefly: the story, set in Poland in the early 1960s, of a novice nun who discovers that she is Jewish and that her parents were murdered during the war — is its use of music, and in particular that of a young modern jazz quartet whose leader, an alto saxophonist, plays a role in the nun’s story.

The group is heard in a club playing a couple of John Coltrane tunes, “Naima” and “Equinox”. (In his flat, the saxophonist slow-dances with the nun to Coltrane’s famous 1960 studio recording of the former.) Everything about the quartet appears to be patterned on the Zbigniew Namyslowski Modern Jazz Quartet, the first Polish jazz group to make an impact in Britain.

By coincidence, it’s 50 years this autumn since they arrived in London. Namyslowski (alto), Wlodzimierz Gulgowski (piano), Tadeusz Wojcik (bass) and Czeslaw Bartowski (drums) played a short series of dates, including the Marquee and the Richmond Jazz Festival. Among those who heard them was Derek Jewell, then the jazz and pop critic of the Sunday Times, who wrote: “Few visitors, even Americans, have surprised us more with their intensity, technique and originality.”

By that time I suppose some of us were familiar with Roman Polanski’s Knife in the Water, with its great jazz soundtrack by the pianist and composer Krszysztof Komeda (of whose group Namyslowski had been a member). The surprise, to many, was that the altoist and his colleagues — the leader was the oldest, at 24, while the others were all 20 or 21 — had so clearly been listening to Coltrane and had so thoroughly absorbed the message. Those unable to see them in person could hear what they were up to via an album, titled Lola, which they recorded in London for Decca under the supervision of Mike Vernon, who would soon be making his name as a producer with John Mayall’s Bluesbreakers, Fleetwood Mac and other British blues bands. (The young studio engineer, Vic Smith, later became the Jam’s producer.)

Reissued on CD a few years ago, Lola still sounds great, the musicians perfectly at ease with the new language, even capable of playing it in 5/4 with confidence (on the longest and most ambitious track, “Piatawka”). The tartness of Namyslowski’s tone is reminiscent of Jackie McLean — another altoist who came out of bebop but whose conception was reshaped by later developments.

The band in Ida not only look perfect but reproduce the plaintive intensity of their predecessors. Dawid Ogrodnik, in the character of the alto saxophonist, is a musician as well as a gifted young actor, and it really is he who plays “Naima” and “Equinox” (** see footnote).

The film is beautifully made in an austere but gentle black and white, each shot but one (*** see footnote)  employing a fixed camera and framed with an interesting eye for composition, and with an unforgettable performance by Agata Kulesza as the nun’s aunt. Pawlikowski finds a calm, reflective and historically resonant way to tell a harrowing story.

* The still is from Ida, showing Dawid Ogrodnik as Lis, the saxophonist, and Agata Trzebuchowska as the eponymous young nun.  The photograph of the Zbigniew Namyslowski quartet was taken by David Redfern at the 1964 Richmond Jazz Festival, and is borrowed from the original sleeve of Lola.

** On second viewing, I’m pretty sure the actor only plays when the band are accompanying a female singer in a party scene. I think the two Coltrane tunes are probably overdubbed by two saxophonists named alongside Ogrodnik in the credits: Michal Kabojek and Zbigniew Zeno.

*** Again after a second viewing, I think it’s three shots in which the camera moves: each with a significance.