Coltrane in the Temple 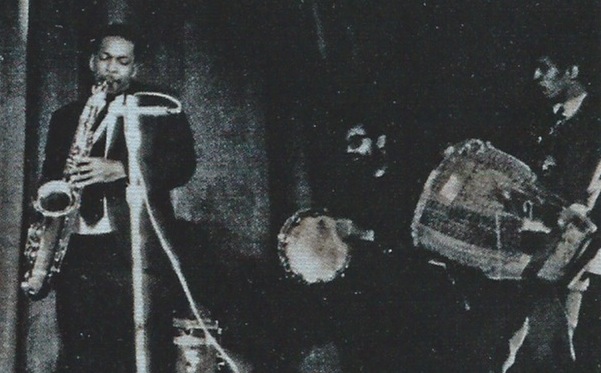 The final period of John Coltrane’s career is the great unresolved topic of jazz, and the arguments over its meaning and value will probably never cease. How could someone who in 1964 had reached the plateau of apparent artistic perfection represented by Crescent and A Love Supreme then make such a radical transition into the area of turbulence and uncertainty that he occupied in the period until his death in 1967, and which is embodied in a new two-CD set titled Offering: Live at Temple University?

I suppose the answer is that Crescent and A Love Supreme did not represent a plateau at all. That was just an illusion created by the fact that Coltrane went into a recording studio on those particular days, laid down the music on which he had been working, and then saw the results released by his record company, subsequently to be reviewed by critics, bought by his fans, and slotted neatly into a narrative of one man’s artistic evolution. The jazz public, particularly in Europe, has always seen the history of jazz as a progression from one recorded artefact to another; that is not, in general, how the musicians experience it. Whereas we think of A Love Supreme as one of the great music’s pillars, to Coltrane it may have been nothing more than a milestone that had already disappeared from his rear-view mirror by the time of its appearance in the record stores.

Offering is a complete and official release of a 1966 concert previously available only in partial and bootleg form. The combined production staff of Impulse Records, Coltrane’s label at the time, and Resonance Records, who specialise in unearthing previously hidden gems, have restored the tapes originally made by WRTI-FM, the radio station at Temple University in Philadelphia, during an event that was by all accounts poorly attended and received a mixed response from those who did turn up. Ashley Kahn tells the fascinating story in his sensitive and erudite sleeve note, piecing together the details of an evening on which three members of Coltrane’s regular band — Pharoah Sanders, Alice Coltrane and Rashied Ali — were joined by Sonny Johnson, depping for Jimmy Garrison. More significantly, the leader was happy to welcome a platoon of auxiliary percussionists (Robert Kenyatta, Algie DeWitt, Umar Ali and perhaps others) and to give space to solos by a couple of spirited young alto saxophonists, Steve Knoblauch and Arnold Joyner, whose impromptu appearances that evening represent the only mark they made on jazz history.

Indistinct as the sound of the rhythm section might still be on the restored recording, the acoustic effect is probably very much as the audience experienced it that night. More important, the solo voices come through with great clarity, and none to better effect than that of Coltrane, whose tenor improvisations on the long, free-associative versions of “Naima” and “Crescent”, which constitute the first of the two discs, are strong in tone, wonderfully poised and — as Kahn points out — dense with closely argued motivic development. The title track is one of his lovely prayer-ballads. But during “Leo”, on which he is heard on soprano, tenor and flute, and on the closing “My Favourite Things”, he also uses his voice, chanting and apparently thumping his chest in an attempt to produce the sound he was after: trying to get closer, it seems, to speaking in tongues.

We know that he was strongly influenced by the music of Albert Ayler, who used his saxophone as a tool with which to attain spiritual transcendence. It has often been said, too, that the use of LSD was a factor in the creative decisions underlying Coltrane’s final years. Had he lived beyond his 41st year, he might one day have sat down and explained his thinking in detail. Since that won’t happen, we’re left to work it out for ourselves. Offering can’t answer all the questions, but it’s a big chunk of priceless evidence. And it contains some incontestably majestic saxophone-playing.

* The photograph is a cropped version of one that appears in the booklet with Offering: Live at Temple University (Impulse/Resonance), where it appears by courtesy of the University of California’s Special Collections and Archives and the Frank Kofsky Archives.