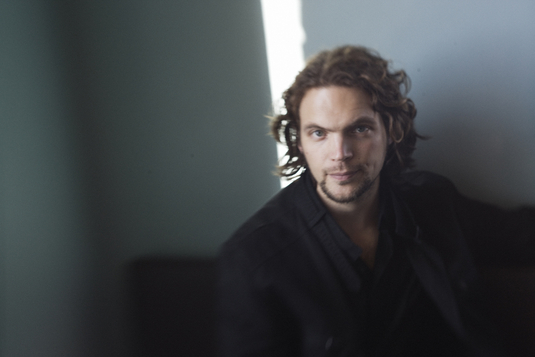 Normally I wouldn’t be telling you now about an album that’s several weeks away from its release date, but in the case of Hakon Stene’s Lush Laments for Lazy Mammal I can’t wait that long. Since I first put an advance copy on the CD player, it’s been a struggle to listen to anything else. No space — workroom, car, outdoors — seems complete at the moment without its shimmering textures.

Stene is a Norwegian percussionist of considerable experience in all kinds of music.  He was a founder of a group called asimisimasa, performing the work of modern classical composers such as Brian Ferneyhough and Alvin Lucier, and he’s currently a research fellow at the Norwegian Academy of Music in Oslo, developing new repertoire for multi-percussion. I went to see him at the Queen Elizabeth Hall last week, performing the Danish composer Simon Steen-Andersen’s Black Box Music with the London Sinfonietta, and I’m sorry to say I didn’t enjoy it at all. But the experience didn’t change my feelings about his album.

Lush Laments for Lazy Mammal — to be released next month on the Oslo-based Hubro label, also the home of Huntsville, one of my favourite bands, and the interesting experimental guitarist Stein Urheim — consists of six compositions by the British composer Laurence Crane and one apiece by Gavin Bryars, Christian Wallumrod and Stene himself. They’re played by Stene on regular and quarter-tone vibraphones, bowed marimba, electric guitar, acoustic guitar with e-bow, electric keyboards and piano, with appearances by Tanja Orning (cello), Hans Christian Kjos Sorensen (cembalom) and Heloisa Amaral and Wallumrod (pianos).

I suppose you’d call this minimalist music, in the sense that there isn’t much going on here in terms of incident and gesture. What the pieces have in common, apart from the overall texture imposed by the keyboards and tuned percussion instruments, is a desire to isolate and exalt the process of modulation. This is a strongly tonal music from which virtually everything has been removed except the simple and repetitive chord changes, which are allowed to occur regularly but free from an explicit pulse, exposing the harmonic shift as the principal trigger mechanism for the emotions, as it is in so many kinds of music.

Here is Stene talking about his decision to play instruments other than the percussion for which he is known: “I am definitely not to be regarded as a guitarist any more (and absolutely not as a pianist!), but all my experience as a contemporary percussionist, where one must constantly adjust oneself to new playing situations and instruments, somehow makes it feasible. I don’t approach these instruments, for example the piano, as an altar, but as a tool for playing these relatively simple pieces. This is the kind of attitude that percussionists often have: instruments are tools one uses in order to produce a particular sound.”

It’s hard to find a language in which to write about this music. In its meditative tone and the beauty of his textures, it reminds me strongly of my favourite pieces by Morton Feldman, “Rothko Chapel” and “For Samuel Beckett”. It’s also reminiscent of some of the Necks’ work. And some of it (like Crane’s “Blue Blue Blue” — here’s a snatch of it) reminds me of what happens when the Beach Boys’ more experimental records are stripped right down to the basic rhythm track. So it might be best just to leave you with a couple more examples. Here’s Crane’s “Prelude for HS”, the first track from the album, with Stene on vibraphone, Orning on cello and Wallumrod on piano. And here’s Stene’s gorgeously ecstatic version of Crane’s “Riis”, on which he plays everything. You’ll get the idea pretty quickly. To me, this is a wonderfully pure distillation of what music can do.

* The photograph of Stene is from his website: http://www.hakonstene.net.