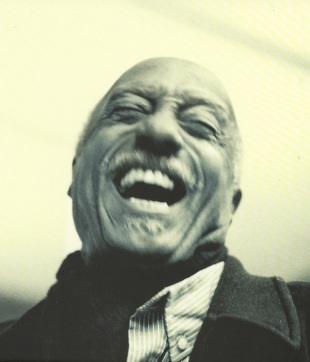 There’s a party scene in Paolo Sorrentino’s The Great Beauty — a film I like a great deal, although if Fellini’s La Dolce Vita, its spiritual and stylistic ancestor, is universally known by its Italian name, then so should be La Grande Bellezza — in which an elegant woman of a certain age says something like: “Everybody knows that Ethiopian jazz is the only kind worth listening to these days.”

She’s trying to be superior, but there’s something to what she says. Lots of kinds of contemporary jazz are worth listening to, of course. But when I first encountered the saxophonist Getatchew Mekurya on one of the volumes of Francis Falceto’s Ethiopiques series, it was like walking into a parallel universe, one in which Albert Ayler had been born and spent his entire life in the Horn of Africa. Like discovering jazz all over again, in a way.

Falceto’s series began its schedule of releases in 1998, became a favourite of hipsters and is now up to Vol 28. The extraordinary Mekurya — The Negus of Ethiopian Sax, to quote the title of Vol 14, which is devoted to his work — was the one who caught my ear, while others were knocked out by Mulatu Astatke, the vibraphone player and bandleader. Now Astatke has a brand-new album on the Jazz Village label, titled Sketches of Ethiopia, mostly recorded in London and featuring a basic band including names that will be familiar to followers of the contemporary British jazz scene — the trumpeter Byron Wallen, the pianist Alexander Hawkins, the bassist John Edwards and the drummer Tom Skinner — alongside others from Africa, France and elsewhere, such as the singers Tesfaye and Fatoumata Diawara, plus a chorus.

The album is very far from being a showcase for Astatke’s vibes-playing: it’s all about interlocking rhythms (he also plays congas) and shifting instrumental combinations. His best moment on his main instrument comes during a piece based on a traditional tune called “Hager Fiker” in which the vibraphone rides a sinuous conga-driven rhythm quite beautifully before giving way to two traditional instruments: first Messale Asmamow’s krarr, a five-string instrument, then Yohanes Afwork’s washint, an end-blown flute. His mallets also provide a sound-bed for  a glorious out-of-tempo introduction to an original titled “Gambella”, the metre gradually seeping in before the piece evolves into one of the irresistible funk grooves in which the album abounds. But the highlight is “Motherland Abay”, written by Astatke: eight and a half minutes of constantly changing textures, in which Wallen’s fine muted solo is shadowed by a wonderfully subtle horn arrangement.

At such a moment, as Kevin Le Gendre notes in his review of the album in the new issue of Jazzwise, what we’re hearing is music that seems to exist “right on the cusp of African and Arab culture” — but, I’d add, with a seemingly limitless horizon. It’s the music, in some respects, that I was always disappointed Weather Report didn’t quite get around to making. A terrific album.

* The photograph of Mulatu Astatke is by Alexis Maryon and is taken from the insert to Sketches of Ethiopia.

From: Uncategorized
← The meaning of the Strypes
Jackie Lomax: more than a footnote →
5 Comments Post a comment