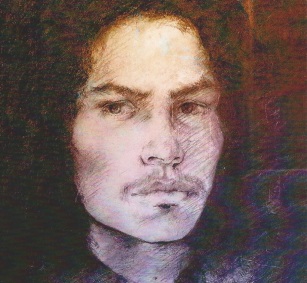 The 14 previously unreleased tracks tacked on to Sony Legacy’s new reissue of Shuggie Otis’s cult-classic 1974 album Inspiration Information, most of the extra material collected as a second disc under the title Wings of Love, remind us of what a singular talent has lain half-hidden for most of the past 40 years.

The son of Johnny Otis, the remarkable bandleader, songwriter, vibraphone player, talent scout, record producer, disc-jockey, civil rights activist, local politician and author who died just over a year ago at the age of 90, Shuggie made his first trip from California to London in August 1972, arriving as an 18-year-old guitarist with his father’s rhythm and blues troupe. Before they played a memorable gig at the 100 Club, I interviewed Johnny for the Melody Maker and asked him to tell me how Shuggie’s talent had emerged.

In 1967, he said, a fallow period in his own career came to an end when a promoter offered him a gig. He needed to put a band together, and there wasn’t much money involved, so he asked his son to make up the numbers. “Shuggie knew T-Bone Walker and all them guys as a little boy — he was always under my chair, and I didn’t realise how much of an impression they’d made on him,” he said. “So we got a show together, and lo and behold the young white audience turned up, asking me for tunes that they shouldn’t know about!” And they responded to Shuggie’s prodigious talent — as, soon, did Al Kooper, who recorded with him and got him his first deal with Columbia Records. Before long he was turning down an invitation to join the Rolling Stones.

Shuggie is 59 years old now, and turned up in London again before Christmas to play at the Jazz Cafe, receiving this rather lukewarm review from Dorian Lynskey in the Guardian. But, great blues-rock guitarist as he undoubtedly is, his most fruitful environment has always been the recording studio, where he can overdub himself on the many instruments at his command and weave gorgeous tapestries around his unassuming but memorable songs.

Inspiration Information was his third album, following Here Comes Shuggie Otis! (1969) and Freedom Flight (1971), the latter introducing the world to the sublime “Strawberry Letter 23”, which became a hit for the Brothers Johnson. Shuggie claims that the subsequent silence was not of his own volition. “There were little lapses here and there, little breaks from time to time,” he says in the sleeve notes to the new package, “but I never stopped playing, writing, recording. I was still going round to record companies, still pitching my tapes.”

The conventional wisdom is that he had a lot in common with Sly Stone and Stevie Wonder, and echoes of his music would permeate that of Prince. The third album’s best known tracks are the title song, where his slow funk resembles that of Sly without the dark undertow, and “Aht Uh Mi Hed”, whose cool organ stabs remind me of Timmy Thomas’s immortal “Why Can’t We Live Together”. It’s followed by “Happy House”, which lasts no more than 1min 21sec, probably for the very good reason that it doesn’t need to be any longer to make its point. The album finishes in an unorthodox way with three modest but charming home-made instrumentals, mostly  keyboards and the drum machine Shuggie so loves. “XL-30” and “Pling!” are mood pieces, almost tone poems: like an R&B musician’s equivalent of “Fall Breaks and Back to Winter” from the Beach Boys’ Smiley Smile. The concluding “Not Available” is a lovely exercise in bright-eyed funk.

The tracks on the second disc, gathered under the title Wings of Love, were recorded — with one outstanding exception — between 1975 and 1990, and although most of the work was again done by Shuggie, they are rather more elaborate in approach and texture, also making use of strings and horns, which he arranged. The song “Wings of Love” is an 11 and a half minute epic ballad from a 1990 session, bookended by ocean sound effects, and “Give Me a Chance”, recorded three years earlier, sounds like a great lost disco classic, as if bathed in the light of a giant glitter ball, with a raging old-school rock-out finale on which Shuggie’s guitar battles with his Hammond B3.

The one that really pins my ears back, though, is “Black Belt Sheriff”, a spellbinding solo performance for voice and acoustic guitar recorded during a concert 13 years ago in Long Beach, the city from where his father broadcast his influential R&B radio show on KFOX in the 1950s. It’s a six and a half minute reverie of self-examination in the form of a conversation with a friend (possibly one of his brothers, to whom it is dedicated), the singer’s thoughts drifting through the dreamscape of a Los Angeles night, with glimpses of cars, bars, girls and celebrities as he vows to “give up my dreams and transgressions”. There’s a fine bottleneck interlude, followed by a tantalisingly enigmatic closure: “I’d like to stay and tell you what it’s all about / Hear you play, brother, laugh, sing and shout / But I got to go turn around again / So I’ll see you soon…” This has nothing to do with his mastery of studio overdubbing technology or his ability to play many different instruments. It’s his equivalent of Lennon’s “Working Class Hero” or Marley’s “Redemption Song”: the artist stands alone and unadorned, his true power revealed.

* The portrait of Shuggie Otis was made 1971 by his wife, Teri, who happens to be the daughter of the great composer and bandleader Gerald Wilson. It’s taken from the insert in the Inspiration Information/Wings of Love 2-CD set.