Roxy in the Hall of Fame 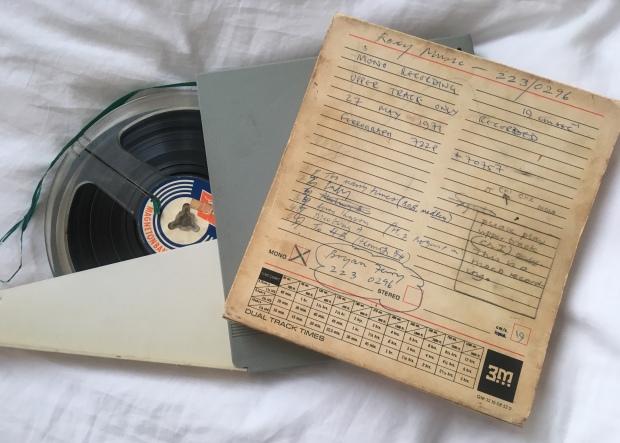 Roxy Music will be among the performers tonight at the Barclays Center in Brooklyn, when the Roll and Roll Hall of Fame opens its arms to the latest group of inductees. No one really needs the validation offered by this much derided and arguably unnecessary institution, but it’s like the Oscars or the Booker: at least it gives you something to argue with.

I suppose Roxy are getting in on the strength of Avalon, the band’s only million-selling album in the US. In their home country, their biggest impact was created — as David Hepworth notes in A Fabulous Creation, his new book about the history of the pop LP — by their debut album, which slid a dagger into the heart of progressive rock and endless boogie in the summer of 1972.

Bryan Ferry, Andy Mackay and Phil Manzanera will be there tonight. Brian Eno and Paul Thompson won’t, for various reasons. Nor will Graham Simpson, the original bassist, who left before the first album came out but without whom, as Ferry has said, there would probably never have been a Roxy. Simpson died in 2012; he’s the subject of a forthcoming documentary directed by Miranda Little, several years in the making (here is the trailer).

Anyway, just to amuse you, here (pictured above) is the original Roxy demo tape, recorded on May 27, 1971 on Eno’s Ferrograph. Ferry, Simpson, Mackay and Eno were on it, but not Manzanera or Thompson. The guitarist then was Roger Bunn, formerly with Pete Brown’s Piblokto! and Giant Sun Trolley, and the drummer was someone calling himself Dexter Lloyd, a draft-dodging classical percussionist from Chicago whose real name was James Strebing (both would be gone by the end of the summer).

A month later, the demos were dropped off at my flat in Shepherds Bush. “4.30 Brian somebody with tape at home” is the entry in my diary. “Brian somebody” was Ferry. That’s his writing on the box, and his phone number. I just tried calling it, but no one picked up.