Jackie Lomax: more than a footnote 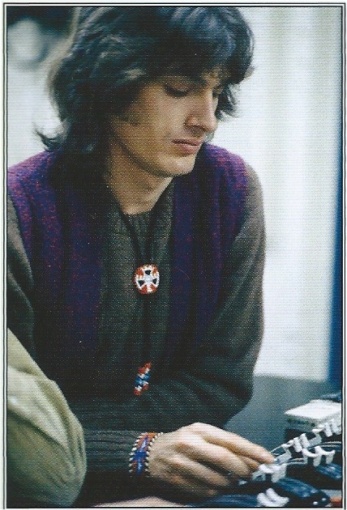 Jackie Lomax died on Monday, while visiting England from Southern California for the wedding of one of his daughters. He was 69, and my obituary for the Guardian is here. I suppose he’ll go down as a footnote in Beatle history, having made a handful of singles and an album for Apple; it’s a pity none of the solo records he made during a long career ever captured the public’s imagination.

I met him a few times at the end of the ’60s and the start of the ’70s, when the Apple relationship had just finished and he was involved with a band called Heavy Jelly, who had their origin in a hippie hoax.

It was in the autumn of 1968 that John Leaver, one of Tony Elliott’s early colleagues on the fledgling Time Out, published a favourable review of a wholly fictitious group, with the notion of seeing whether the freaks among the readership could be induced to flock to the record shops just on the basis of a magazine piece. He called the group Heavy Jelly — “originally an eight-piece soul band, now operating as an acid-rock quartet” — and accompanied his words with a specially taken Keith Morris photograph of the guitarist John Morsehead, formerly of the Pirates and Shotgun Express and then of Aynsley Dunbar’s Retaliation, accompanied by three anonymous long-haired mates (“a dope dealer, an antique dealer and a colour attacher,” according to Morris).

The spoof worked, to the extent that a buzz started and a group was hastily formed around Moreshead. They recorded a single, amusingly called “Time Out” and released in the spring of 1969 on Head Records, run by the promoter John Curd. Just to confuse matters, the Island label simultaneously took their group Skip Bifferty, rechristened them Heavy Jelly, and recorded a track that was promptly featured on one of their famous cheapo sampler albums. By this time, however, Curd owned the rights to the name and persuaded Island to desist. Meanwhile a couple of Island artists, Traffic’s Chris Wood and Jim Capaldi, briefly joined Moreshead in the “real” Heavy Jelly, only to make a swift withdrawal in favour of an offer to rejoin Steve Winwood. Next came Lomax, freed from his commitment to Apple, who joined the line-up and brought with him a bunch of new songs, eight of which were recorded for what was intended to be their debut album.

In the fashion of the day, various luminaries were called upon to assist in the studio, not least because Heavy Jelly had already begun to be afflicted by the personnel changes that would eventually kill them off. Mike Kellie of Spooky Tooth played drums on a couple of tracks, joined on one of them by Ric Grech on bass and Peter Bardens on keyboards; Jim Price and Bobby Keys added trumpet and tenor saxophone to one song; and harmonies were added to the final track by Pete Ham and Tommy Evans of Badfinger, Lomax’s erstwhile Apple labelmates.

It was while they were in the process of making the album that they played the Country Club in Belsize Park, and a couple of days later I interviewed Jackie for the Melody Maker. The gig had been good but he was a little downbeat, just as I had found him to be on our previous encounters; the consequent piece, published under the headline “Born Under a Bad Sign?”, pondered his seeming attraction to projects dogged by bad luck.

A few months later Heavy Jelly completed their album. Curd pressed up some promotional copies with white labels and sent them to people in the media. I got one, played it, wasn’t greatly impressed, and filed it away. Such were the internal upheavals — musicians coming and going, including the Grease Band’s drummer Bruce Rowland and John Mayall’s bassist Steve Thompson — that the band simply fell apart, and the album never got beyond that white-label stage.

After that rather dispiriting experience Lomax spent a couple of weeks with Denny Laine, Trevor Burton and Alan White in a band called Balls before answering a call from John Simon, the Band’s producer, to make an album for Warner Brothers in the US.

It occurs to me now that the pattern of his career resembles that of Van Morrison: early days with a British-based R&B band before a solo career in America, first in Woodstock and then in California. Jackie made some pleasant records, and it will be interesting to see how the album he completed just before his death — his first in a dozen years — turned out, but he never had a “Brown Eyed Girl”, a “Madame George”, a “Moondance” or a “Domino”. In the end, that’s usually what makes the difference.

* The photograph of Jackie Lomax is from the insert to the 2010 reissue of his Apple album, Is This What You Want? It is uncredited.