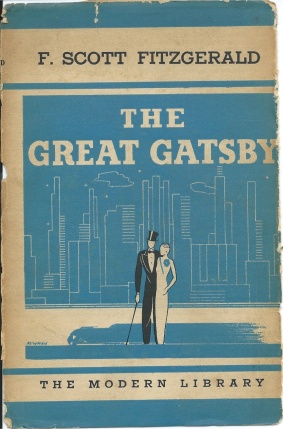 I’ve a hearty liking for jazz music, especially Irving Berlin’s. It’s most artistic. One of the first principles of dancing is abandon, and this is a quality that jazz music possesses. It’s complex. It will, I believe, occupy a great place in American art.

That’s Zelda Fitzgerald speaking to a reporter from the Baltimore Sun, who paid the celebrated couple a visit in October 1923, 18 months before the publication of The Great Gatsby. The interview took place in their house in Great Neck, Long Island, which Scott Fitzgerald used as the principal setting for his most celebrated novel. Zelda’s opinion of jazz was pretty advanced for its time, even if she did nominate Irving Berlin rather than King Oliver or Jelly Roll Morton to illustrate her enthusiasm. She was certainly right about its place in American art.

I wrote about her husband’s description of the quasi-jazz in Gatsby in a post on this blog a couple of weeks ago (“Yellow cocktail music”, May 5), and now I’ve seen Baz Luhrmann’s film, in which music plays almost as prominent a role as the actors, the script and the locations.

There are things I dislike about it, principally Tobey Maguire’s dorky portrayal of the narrator, Nick Carraway, and the otiose framing device that involves plonking Carraway in a rehab clinic where he writes a novel called The Great Gatsby. Oh, and a one-dimensional Elizabeth Debicki, grievously miscast as Jordan Baker. But there’s a lot I enjoyed, too, particularly the wholly convincing and affecting performances of the two leads, Leonardo DiCaprio and Carey Mulligan, and the general exuberance of the whole thing, to which the music is crucial.

It’s sourced from all over the place and woven into Craig Armstrong’s score in such a way as to create an aural tapestry whose careful balance between light and shade is important to a film that is constantly whacking you in the eye (probably just as true for the two-dimensional version as for the 3D in which I saw it).

I was interested to note that Luhrman and Armstrong use “Rhapsody in Blue” as a stand-in for Fitzgerald’s fictional “Vladimir Tostoff’s Jazz History of the World”. This was obviously an easier solution than getting someone to write a pastiche of such a piece, and it works well enough; there’s no point in quibbling that Gershwin didn’t write his classic piece until two years after the action described in the novel because Jay Z, will.i.am, Alicia Keys, Lana Del Ray and The xx weren’t around then either, but places are found for them in the soundtrack. Lana Del Rey’s “Young and Beautiful” is a particularly good fit, and Armstrong’s orchestral fills allude to Ennio Morricone’s peerless Once Upon a Time in America score, evoking the New York underworld of the early 20th century.

Bryan Ferry, his musical director Colin Good and their Jazz Age orchestra (see my post on February 13) make a subtle but notable impact throughout the film, backdating modern songs such as “Love Is the Drug”, “Bang Bang” and “Crazy in Love” (with a vocal by Emeli Sande). In addition to the regular soundtrack CD, their versions are available on an album called The Great Gatsby: The Jazz Recordings, currently downloadable via iTunes here and soon to be released in hard-copy form. One of my favourite moments in the film arrives during the party sequence in which we hear snatches of “Back to Black” from Beyonce and Ferry: a perfect fit as the mood darkens in the mansion on Long Island Sound.

* The illustration is from the dust jacket of the 1934 Modern Library edition, the first time Gatsby had been republished in the US since the original Scribner’s edition of 1925, which sold a mere 20,000 copies and was accounted a failure. It contains a rueful introduction by the author, then living in Baltimore, Maryland, close to Zelda’s sanitarium, his career at its lowest ebb. I bought it 40 years ago for not very much money at the beloved and now defunct Gotham Book Mart on West 47th Street in New York City: in the heart, appropriately enough, of the old Diamond District.